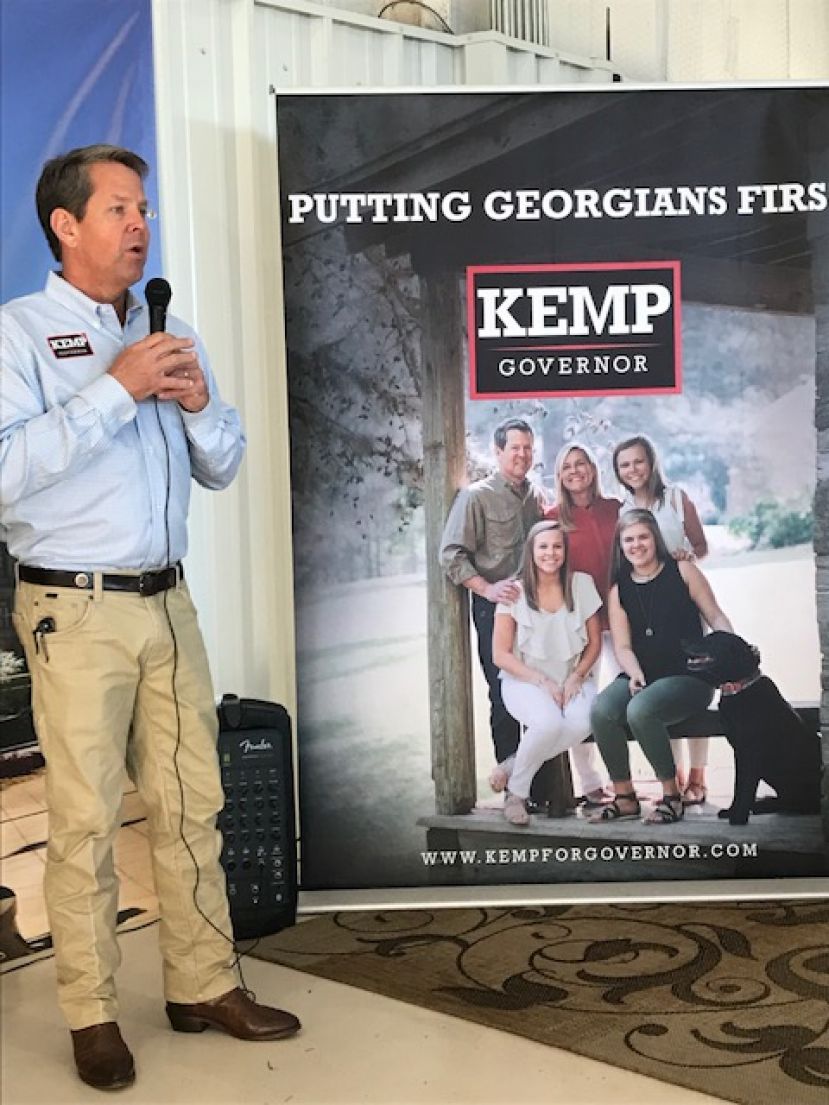 Last week, the Brian Kemp campaign rolled into Douglas. Kemp, a Republican who is running against Democrat Stacy Abrams for governor, is the first and thus far only major-party candidate to visit Coffee County this election season.

Kemp gathered with supporters at the Douglas Municipal Airport and spent a few minutes chatting with those in attendance. Then Kemp took the opportunity to make a short stump speech that focused on putting Georgians first. “Our opponent is running like she’s the next Nathan Deal because she’s worked with Speaker Raulston and she’s worked with the governor. But make no mistake – her political agenda is extreme. It is radical. And her positions are, too,” said Kemp.

Among the platforms Kemp expressed is giving school systems more local control, giving teachers an across-the-board $5,000 pay raise, and increasing access to doctors, and increasing tax credits for rural hospitals and doctors. Abrams, meanwhile, would like to expand Medicaid for rural hospitals, which Kemp says will cost Georgia’s taxpayers billions of dollars and will cut down on access to providers and the ability to choose your own provider.

“We have to help save our rural hospitals.  That’s not a big-government program. That’s Georgians investing in their own communities and in their own areas to spur economic development,” he said.

Kemp also stressed the importance of economic development in rural Georgia. “You need to have the same opportunities as everyone else no matter what your zip code is,” he said. Kemp also pledged his support for the military, police officers, and other public safety personnel.