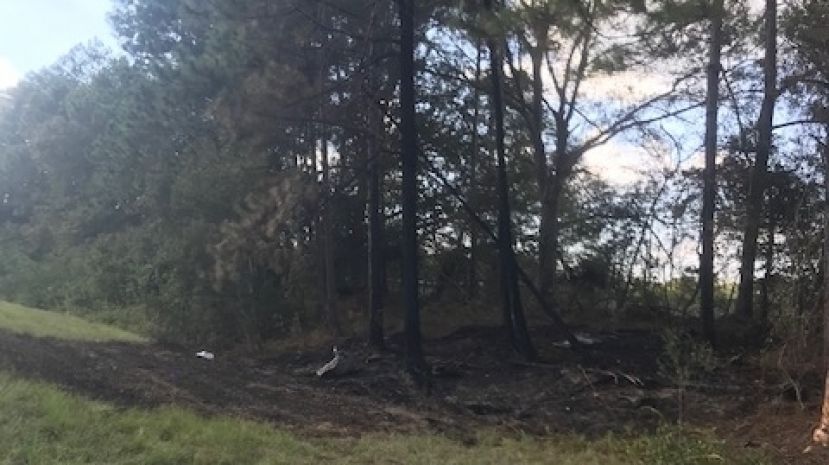 Zean Preston/DouglasNow.com Friday night, a vehicle left Highway 32 West near the overpass and came to rest in this stand of pine trees, where it burst into flames. The driver did not survive.

A one-vehicle accident late Friday took the life of a Douglas man.

According to officials, the deceased, a 20-year-old male whose identity has not been released, was driving west on Highway 32 when he approached the overhead bridge. The driver failed to negotiate the curve on the bridge and left the roadway, driving down the embankment and into a pine tree. The vehicle then burst into flames.

Authorities are still investigating the accident. There were no other vehicles involved and there were no passengers in the car that crashed.