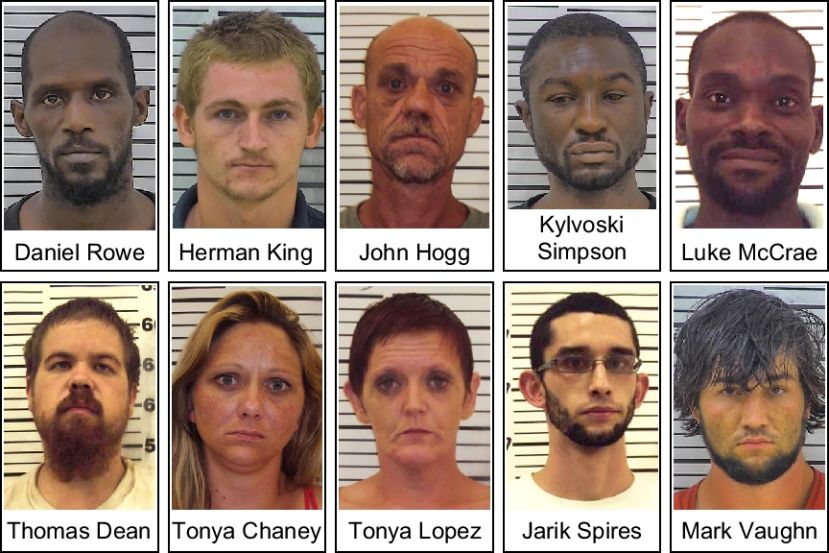 Aug. 17 – Investigators arrested and charged Thomas McDaniel Dean and Jarik Cameron Spires with first degree burglary in connection to an incident at a residence on Sand St. Dean and Spires entered the home without permission and stole various items. Detectives were able to recover the majority of the stolen property, which was returned to the owner.

Aug. 28 – John Franklin Hogg was arrested and charged with first degree burglary after detectives determined he had broken into a residence off Mark Mobley Rd., stealing approximately $500 from inside the home.

Aug. 31 – Tonya Lopez and Luke McRae were arrested and charged with first degree burglary following an incident off Broadfield Circle. Most items taken during the incident were recovered by investigators.

Sept. 4 – Coffee County deputies responded to Bear Creek Mobile Home Park in reference to an assault that occurred at the residence. A male subject stated that two black males entered the home and proceeded to beat him with a firearm. Kylvoski Simpson and Daniel Laronn Rowe were subsequently identified by investigators as the suspects in this case. Simpson was arrested and charged with battery. Lowe has been charged with aggravated assault.

Sept. 8 – Coffee County deputies located a vehicle matching the description of one possibly involved in an August theft off Reynold Griffin Rd. Deputies got out with the vehicle at a residence where it was parked and were able to view several items reported stolen during the incident. Further investigation led to the arrests of April Horne and Herman King. Horne faces charges of theft by receiving stolen property, and King has been charged with theft by taking. Detectives have also secured an arrest warrant for Robert Daniel Chaney for theft by taking. Approximately $2,300 in stolen items was recovered.

Sept. 13 – Investigators arrested Tonya Chaney for burglary after Chaney was found to be in possession of several items taken from a residence on Harper Lane. Chaney had been evicted from the home and later returned and entered the residence without permission.

Sept. 27 – While investigating a possible theft off the Ga. Hwy. 206 Connector, deputies observed a subject leaving the area driving a tractor. A traffic stop was conducted and the operator, identified as Mark Edward Vaughn, was found to be in possession of suspected methamphetamine and a stolen firearm. A subsequent search of Vaughn's residence led to the discovery of four additional stolen guns. Vaughn was arrested and charged with possession of a controlled substance, theft by receiving stolen property, and criminal trespass.