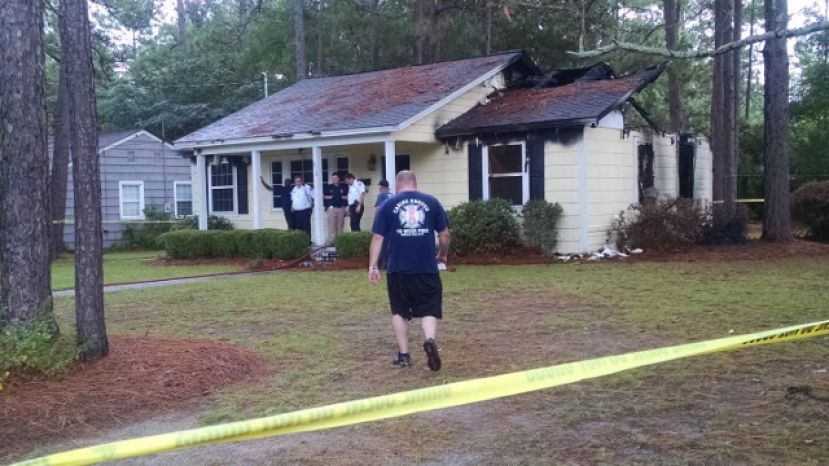 Jerry A. Hudson/DouglasNow.com Police and fire officials investigate the burned remains of a home on N. Wheeler Avenue in Douglas Monday following a suspected arson that occurred at the home around 7 a.m. Sunday morning, Sept. 7.

Police and fire officials are investigating another residential arson in Douglas that occurred early Sunday morning after the home was initially burglarized.

Authorities were dispatched to 616 N. Wheeler Avenue at around 7 a.m. Sunday morning. After making contact with the homeowner, officers discovered the residence had most likely been burglarized as a number of items were missing, including flat screen televisions and possibly other belongings.

Officers noted damage to a rear door of the residence, which was most likely the point of entry for the burglars.

No one was home at the time of the incident, and investigators were still at the crime scene as late as noon on Monday.