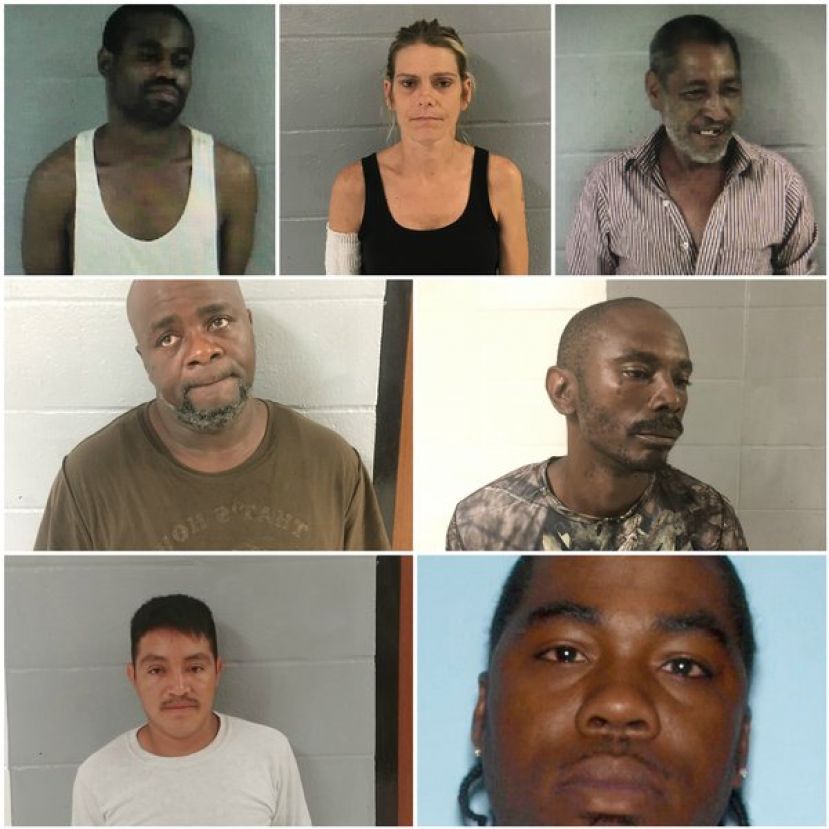 Late Sunday evening, May 20, the Alma Police Department responded to a burglary at Progressive Pawn on W. 12th St.  Officers discovered where entry had been made into the business.  Area video footage revealed the unknown, would-be thief fled when an audible alarm was activated.

Monday, May 21, APD responded to Fred’s regarding an unknown white female attempting to cash a check from a Brunswick financial institution.  The UWF left the store and did not return after Fred’s register refused the transaction.

During the last several weeks, APD has also received complaints of businesses/homeowners receiving damage from what appeared to have been created from the use of BB-guns.

Later, Friday evening, May 25, APD stopped a vehicle on W. 12th St. for an equipment violation.  Wanda Gail Bohannon, 43 of Hazlehurst, was arrested for DUI, driving with a suspended driver’s license, suspended registration, no insurance, and a headlight violation. Bohannon was also wanted in Vidalia on outstanding warrants.

Saturday evening, May 26, APD arrested Jose Jesus Solis, 47 of Alma, for public drunkenness following a call for service in the 500 block of E 17th St.

Later, Saturday evening, May 26, APD arrested Andrew Terrell Stephens, 54 of Alma, for aggravated assault following a call on S. Church St.  Stephens allegedly struck a sibling in the head with a hammer.

Sunday, May 27, APD arrested Antonio Alston, 31 of Alma, for disorderly conduct following a call of service.  Alston was also wanted in Pierce County for burglary.

Thanks to community support, the Alma Police Department was able to locate and detain James Lee Harrison, 41 of Alma, on Sunday, May 27.  Harrison was arrested on the outstanding probation warrants