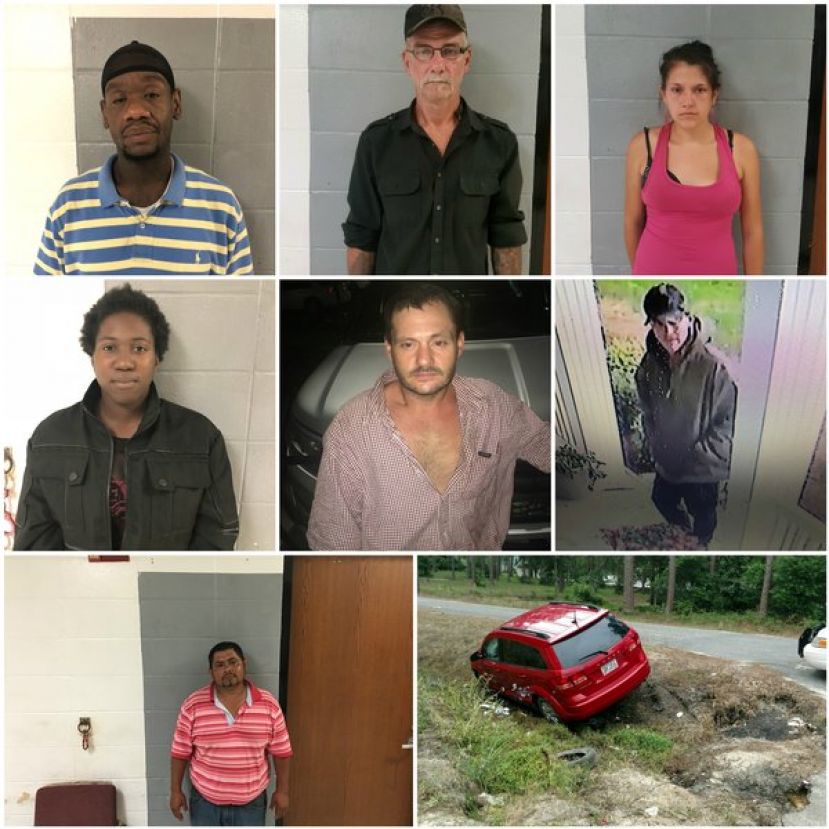 The Alma Police Department’s Crime Suppression Unit arrested Oree Grissett, 38 of Alma, on outstanding warrants for aggravated assault and cruelty to children-3rd degree (2 counts) following a domestic disturbance on E. 12th St on Monday, May 14.  Grissett had fled the scene prior to law enforcement arrival.  Grissett was also charged with theft by receiving stolen property for an incident which occurred on Saturday, May 14: APD recovered a blower valued at $500.00 from Grissett.  The blower had been taken from a local businessman.

Wednesday afternoon, APD assisted the Bacon County Sheriff’s Office with a ‘burglary in-progress’ call on Corinth Church Rd.  A resident of Corinth Church Rd. noticed a would-be burglar outside of her home when law enforcement was called.  Tim Taylor, 33 of Alma, fled the location before law enforcement arrived.  Taylor was later apprehended by APD, BCSO, and a Ware State Prison K-9 team in a wooded area near the residence.  BCSO has charged Taylor with criminal trespass, possession of tools for the commission of a crime, and possession of methamphetamine.  The homeowner’s surveillance system captured a photo of Taylor outside of her home before he fled into the wooded area.

Friday, May 18th, APD arrested Dusty Ray Waters, 35 of Alma, on outstanding warrants for burglary-1st degree and theft by taking.

Sunday morning, May 20, APD received a report of a stolen vehicle from an E. 6th St address.  The vehicle was recovered from a ditch in Nicholls, GA by the Nicholls Police Department.