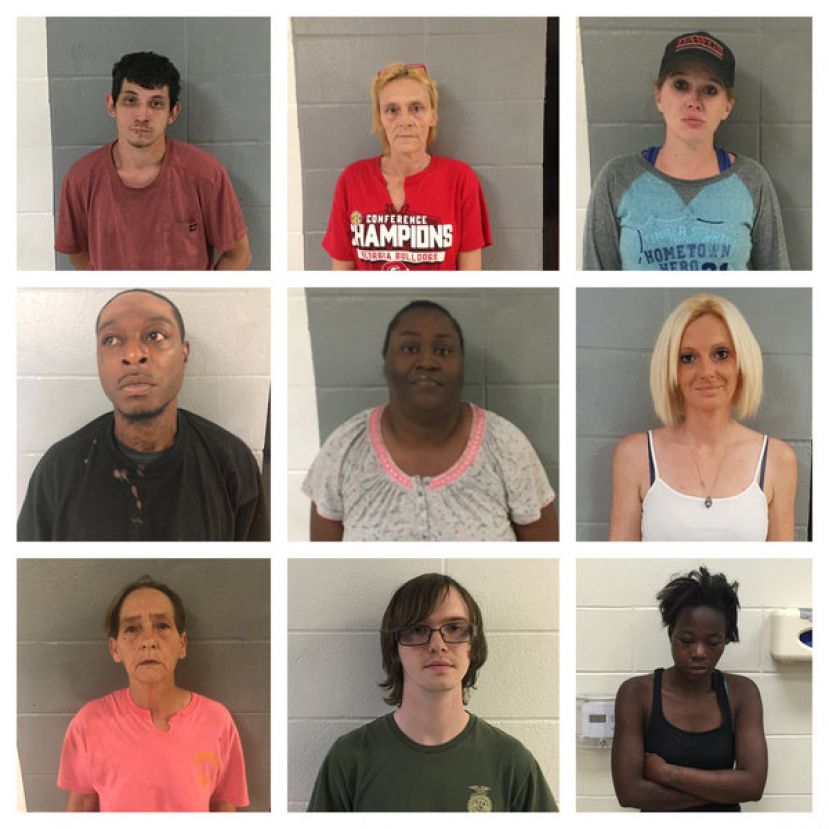 Sunday, May 6, the Alma Police Department arrested Branden John Wells, 26 of Alma, for theft by taking after Wells reportedly stole a bicycle on E. 19th St.

Tuesday, May 8, the Appling County Sheriff’s Office recovered the trailer stolen from a Myra St. address on May 2. APD and ACSO investigators are currently trying to locate the persons believed to be responsible for the trailer theft.

APD arrested Chelsea Renee Morgan, 26 of Alma, for battery and cruelty to children-3rd degree. Morgan’s arrest followed an incident at a local business on Tuesday, May 8.

APD arrested Jason Jerrideau, 33 of Alma, for criminal trespass at FNB South. Jerrideau was arrested on April 23rd for the same offense.

APD arrested Linda Williamson, 30 of Baxley, for (2) counts of possession of a schedule IV controlled substance and probation warrants out of Appling County. Williamson’s arrest followed a complaint of an unresponsive person inside a vehicle behind Parker’s Food Mart on W. 12th St.

APD stopped a vehicle on W. 12th St. for an equipment violation. Lola Mae Tanner, 59 of Douglas, was arrested for driving with a suspended driver’s license.

APD stopped a vehicle on W. 4th St. for running a stop sign. Mack Allen Taylor, 19 of Alma, was arrested for misdemeanor possession of marijuana, possession of drug-related objects, and failure to stop at a stop sign.

More in this category: « CCSO is looking for a tatted up accused felon Street gangs battling for southeast -- including Coffee County »
Login to post comments