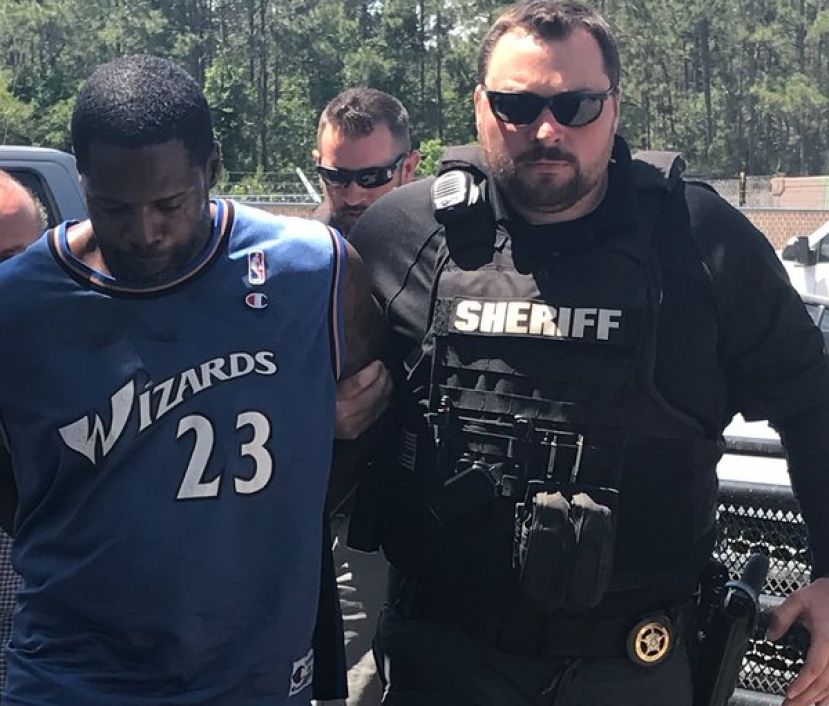 Coffee County sheriff's authorities and the Georgia Bureau of Investigation have arrested a 37-year-old man on murder and other felony charges following an incident Monday that forced the lockdowns of several area schools.

At approximately 12:30 p.m. Monday, May 7, 2018, the Coffee County Sheriff's Office received a 911 report from a neighbor that a person had been shot at 118 Quincey Batten Loop, Lot 8, Douglas. Officers arrived at the location and found the body of 48-year-old Christopher Leonard Tyson, deceased from apparent gunshot wounds. The Coffee County Sheriff's Office contacted the Georgia Bureau of Investigation's Douglas Regional Office to assist with the investigation.

Coffee County school officials were notified of the incident, and, due to its proximity to Coffee High School, placed CHS on a hard lockdown. Ambrose Elementary, Broxton-Mary Hayes Elementary, and Coffee Middle School were also placed on soft lockdowns by school officials as a precautionary measure. City and county law enforcement made entry into Coffee High and cleared the school of any potential danger.

After investigative actions by GBI agents, sheriff's investigators, and Georgia State Patrol troopers, the suspect, identified as Freddie Lee Lampkin Jr., was located by deputies inside a mobile home during a search of the area. Lampkin was arrested without incident in connection with the shooting of Tyson and has been charged with one count of malice murder, one count of possession of a firearm by convicted felon, and one count of possession of a firearm during the commission of a crime. Lampkin was transported from the scene and booked into the Coffee County Jail. The body of Tyson will be transported to the GBI Medical Examiner's Office for autopsy.

This case is active and ongoing. Anyone with information regarding the death of Christopher Leonard Tyson is encouraged to contact the Coffee County Sheriff's Office at (912) 384-4227 or the GBI at (912) 389-4103.