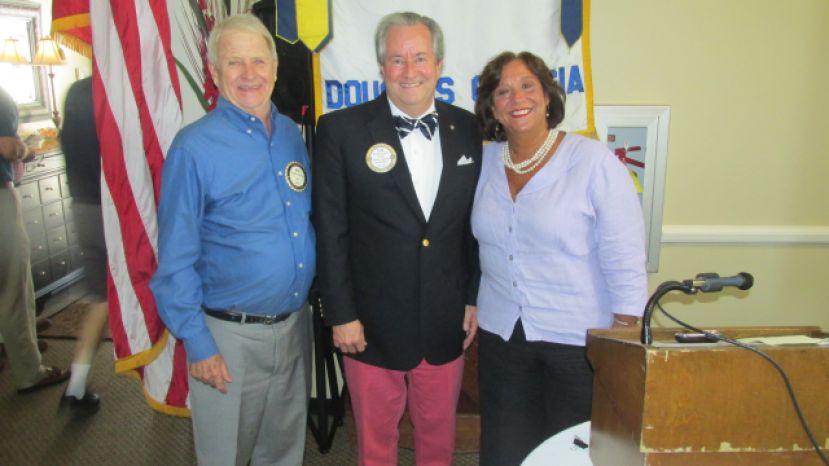 Thursday afternoon, retired Coffee Regional Medical Center CFO Don Lewis said farewell to Douglas and Coffee County by delivering the program at the Douglas Rotary Club meeting. Lewis, who was accompanied by his wife, Rosemary, has been very involved in Rotary since he arrived in Coffee County. A member since 1996, he served as president of the club during 2003-2004, when the club earned its second consecutive Presidential Citation.

Locally, Lewis serves on the finance committee of St. Paul’s Catholic Church. He previously served as a director of the Douglas-Coffee County Chamber of Commerce and the South Georgia College Foundation. A music aficionado, Lewis created the “Keeping Live Music ALIVE” concert series in 2006. He is a graduate of Providence College, where he earned a degree in Economics, and the University of New Haven where he earned his MBA.

He and Rosemary plan to enjoy their retirement in Charleston, S.C., where both of their adult daughters reside.