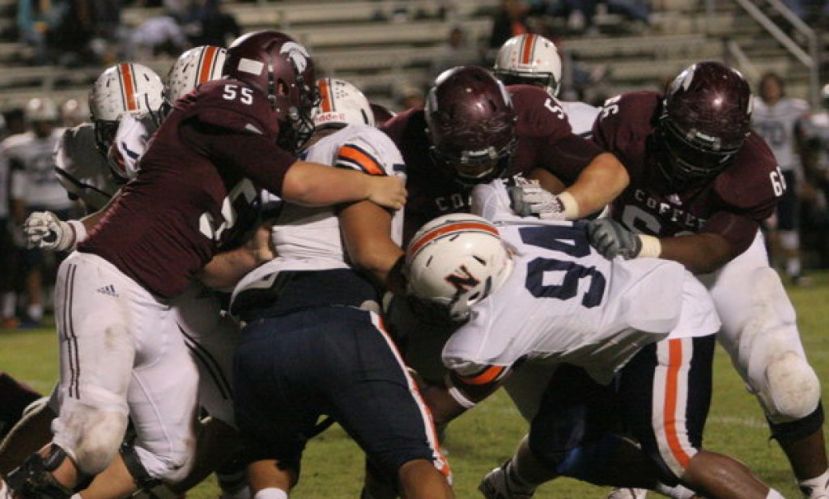 For two days, Dr. Morris Leis, superintendent of the Coffee County School System, pled the system’s case to the Georgia High School Association (GHSA) regarding the location Friday’s state championship football game. After filing a protest and multiple appeals, the GHSA refused to change the decision it made in the wake of last Friday’s snow storm in Atlanta that caused the cancellation of several state title games, which were scheduled to be played over two days at Mercedes-Benz Stadium.

The game between the Coffee Trojans and the Lee County Trojans, which will decide the 6A state championship, will be played Friday night at 7:30 p.m. in Lee County. The two teams have already played there once, on Nov. 3, with the region title on the line. Lee County won 23-7. After the game, Lee County fans threw trash into the student section of the visitor’s stands at Coffee students. Others egged the Coffee school buses following the game. The Coffee players and coaches were also denied access to an indoor facility during halftime and had to spend halftime outside. Those events, coupled with a lack of seating for the game, are the reasons why Dr. Leis sought a neutral site for the game.

Following the cancellation of last week’s games in Atlanta, the GHSA released a statement saying that the games would be played the following weekend using semifinal rules; namely, the higher seed would host the game. The GHSA also said that if schools wanted to play at a neutral site, that would be fine. However, the GHSA also said that such a decision would be between the two schools; it wouldn’t get involved. (It’s also interesting to note that Dr. Jason Miller, Lee County school superintendent, represents the Georgia School Superintendent’s Association on the GHSA’s Executive Committee.)

Coffee wanted a neutral site; Lee did not. Had Lee agreed, Hugh Mills Stadium in Albany, a newly renovated 11,000-seat facility, was available. Lee refused and insisted on hosting the game.

A group of representatives from Coffee High traveled to Lee County to measure the stands in order to get a seat count. With Lee County and GHSA officials ready, the total seating capacity came to just over 6,200. The problem is that about 6,400 tickets have been sold – 4,000 in Coffee County and 2,400 in Lee County. In addition, tickets will be sold at the gate for the game. Ticket-holders who bought tickets for last week’s game at Mercedes Benz Stadium will be allowed in from 5:30 p.m. to 6:45 p.m. After that, people who would like to buy a ticket at the gate will be allowed into the stadium.

One thing is certain: The stadium will be packed and the atmosphere will be electric, which is the way a state title game should be. At the same time, in the opinion of many, the GHSA has not taken action with the best interests of both programs in mind. Despite everything, there remains a 6A state championship to be won. None of these other factors can change that and they provide a compelling backdrop for the biggest game of the season.