On Wednesday Dec. 6, 2017, The Douglas – Coffee County Chamber of Commerce held its ‘Eggs & Issues’ forum with local legislators and local law enforcement. The event was held at the Douglas Golf & Country Club from 8 to 9:30 a.m.

The event was put in place for local citizens to gain important information into what is happening in Georgia from local state legislators and law enforcement. Featured speakers Representative Dominic LaRiccia, Representative Clay Pirkle, Senator Tyler Harper, Chief Gary Casteloes and Sheriff Doyle Wooten had the opportunity to speak on current topics of local interest in the community. All agreed that there is a need of more support from the community on local issues.

Representatives LaRiccia and Pirkle were chosen to sit on the new house of rural development council. Representative LaRiccia revealed that while serving on this board, they are working diligently to finding a more competitive and transparent way to bid out projects to general contractors and construction workers around the state. This type of approach would give contractors an opportunity to competitively bid for projects instead of just being selected.

Equally important, he shifted the audience’s attention to another important issue − the lack of community involvement.  He explained that no one calls for help until after the problem and suggested that a solution would be to reach out before the issue. He then advocates that every local citizen should help to make these local issues a priority. “If this community is not willing to support public safety, healthcare, education, economic development then don’t cry when the number of customers are not walking in your store that you think you should be serving,” said LaRiccia.

Representatives LaRiccia and Pirkle shared some of the same concerns on local issues. No matter the event, Pirkle repeatedly speaks on how bettering the education system is one of his priorities. According to Pirkle, over 50 cents on every tax dollar is spent on education and those numbers alone show the importance of the education system. “It is not acceptable that two out of 10 students are dropping out of schools,” said Pirkle. He mentioned that in the state of Georgia, over 60 percent of up and coming fourth graders cannot read on a third grade level. He stands firmly in his belief that the education system is a vital source to further economic growth in the community. In return he offers a solution. In an attempt to support the education system, Pirkle encourages the citizens to enlighten the graduating youth of the value their knowledge will have in uplifting their community.

Together with Representative LaRiccia, Pirkle acknowledged the value of having an engaging community to voice their opinion. Many times Pirkle has a day or maybe even a few minutes to read a bill before the end of a session. He reinforced how critical it is to report on an issue or consider a solution to an issue before it’s too late. “I will call the sheriff, I will call a teacher, I will call an accountant; I will call someone if this legislation impacts you,” said Pirkle.

Later in his speech, Pirkle revealed that there is a bill that will affect everyone if it’s passed. It will ban cell phone use by a driver. There are some agencies that support the bill and others are concerned with how to enforce the bill. What’s most important is that the community articulate with their legislators their opinion before it’s too late.

During the last session, Senator Harper cleared a legislation entitled ‘Back to Badge.’ This bill was passed in a response to some issues that the law enforcement and public safety faced in prior years and still today. This legislation increased the punishment of an individual who attacks or harms public safety and the law enforcement community. “It was a stance in the position that the state of Georgia took and to send a message that it will not be tolerated,” said Harper. “It’s something that I think was desperately needed.”

In addition to the restriction on the code, a car tag was created for the revised legislation. P.O.A.B, peace offering annuity and benefit, is funded by voluntary participation of the law enforcement and offers a retirement benefit at the end of their service. The earnings from the tag sales go directly to the fund to help law enforcement in the state of Georgia.

At the same time, there were many bills passed during the last session that focused on rural economic development. According to Senator Harper, Georgia is the number one state to do business with but believes that there needs to be more done in South Georgia. Harper admitted that the state senators, state representatives and the chamber of commerce are all working towards the same goal – to create jobs and develop the work force in order to bring business back to the community.

Another key issue Senator Harper pointed out was broadband infrastructure. “It is a very important issue for economic development and without broadband infrastructure we can’t compete with rural Georgia,” said Harper. He revealed that there will be legislation on the issue in next session but would be unable to predict the outcome. Harper stressed the importance of community engagement in order to tackle some of the issues. “We want you to call; that way we know we’re doing the right things for our community,” said Harper.

Chief Casteloes and Sheriff Wooten shared some of the same concerns regarding law enforcement. Casteloes believes the support of the community could serve as a solution to reduce criminal activity. “We need the community involvement if we’re going to make a difference in crime,” said Casteloes.

On the other hand, it’s important to realize that the pay rate keeps the department under staffed. The Coffee County Sheriff’s Office has only 22 deputies and only three at night to cover the entire county. The department being under staffed results in officers having to work more than one job. “People don’t get into law enforcement for the money,” said Casteloes. “Most people join because they care about the welfare of their community.” Wooten suggested that a larger salary, that reflects the profession of a police officer, would attract more interest in the law enforcement and is another way to lower the crime rate.

Given these points, local legislators and law enforcement agencies all face similar issues within the community but all agree that the support of the people will help grow and promote legislations, public safety, education, economic growth, healthcare and more. Show up to those commission meetings, council meetings, forums, contact your local legislators to voice your opinion and be heard for your community. 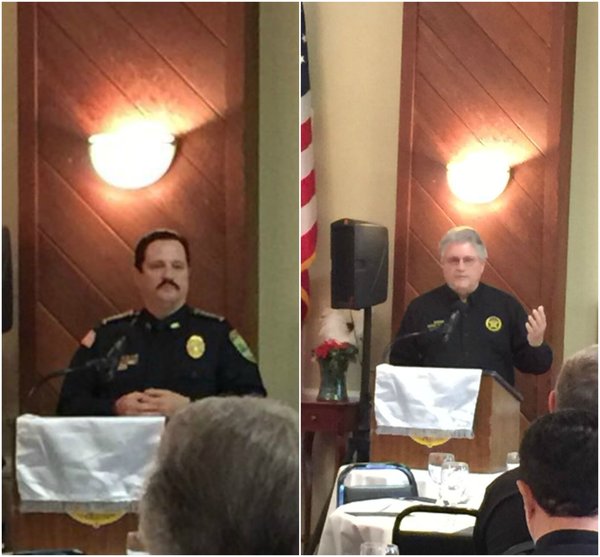 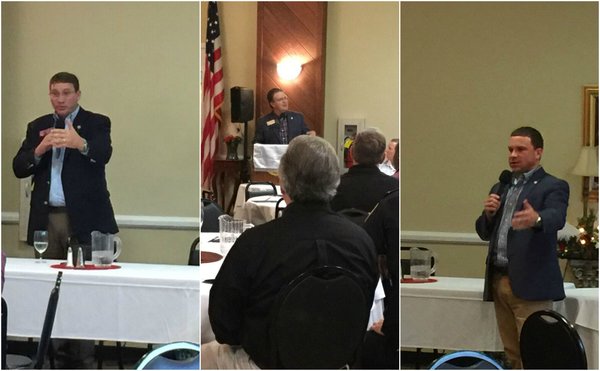