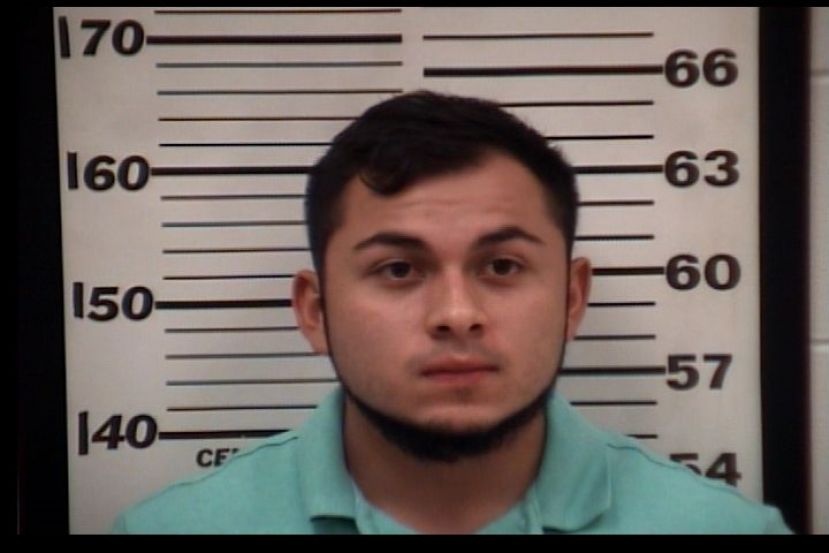 Submitted Photo Jose Oliva
A 19-year-old Douglas man is behind bars after allegedly beating and strangling his 17-year-girlfriend over a cell phone.
According to a report obtained from the Coffee County Sheriff's Office, Victor Hugo Oliva, 19, of a Whispering Pines address, attacked his girlfriend while she was driving her car on Baker Highway. The report states that the argument began over the girlfriend's cell phone. She wouldn't give Oliva the password to her phone and, as the report states, he became aggressive. Oliva then hit her in the face with his elbow, according to the report.
She then stopped the car in Shear Madness Hair Salon, where Oliva allegedly continued assaulting her. The report states that Oliva grabbed her hair slammed her head onto the console of the car. He then allegedly began strangling her.
The girlfriend reported the incident after it happened and showed deputies pictures of her face and neck that were taken shortly after the incident. She also presented the shirt she was wearing at the time, which had blood on it. Family members told DouglasNow.com that about a week before this incident, Oliva had destroyed her phone for the same reason.
As a result of the incident, deputies arrested Oliva on aggravated assault charges. He was then taken to the Coffee County Jail.
Tagged under

More in this category: « APD arrest one after receiving a report of a reckless driver Four unrelated incidents leads authorities to arrest three on forgery charges, one with theft charge »
Login to post comments