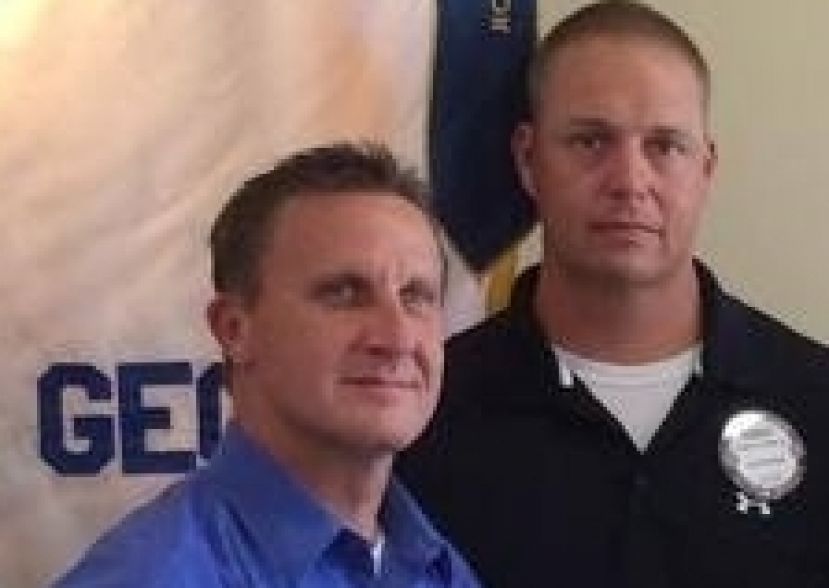 It’s a rare occasion when I pen an article using a first-person format. Due to the nature of this piece, however, I find it not only necessary, but really the only way of conveying the message to the reader.

DouglasNow.com officially kicked off its web presence midnight, June 23, 2014. Since that time, we have experienced growth, readership, support, revenue and a tremendous amount of positive feedback which has exceeded anything we could have fathomed.

To put it in perspective, in the last month, July 8-Aug. 7, DouglasNow.com has received 79, 941 ‘page views,’ according to an analysis provided by Google.

These page views reflect the total number of times any of our pages have been viewed over the last month. There have been 54,005 ‘sessions,’ which are the number of times individuals have logged on to the site during that same date range. We have also had just over 29,500 viewers to the site who have had at least one session during the past month.

Pretty overwhelming for a small market news site, huh? We think so, too, especially considering our humble beginnings.

Last Thursday, August 7, team members of DouglasNow.com were invited to the Douglas Rotary Club to give a brief discussion on how this venture began, what we are currently doing, and what our plans and goals are for the future.

Before I go any further, however, I’d like to briefly discuss that word “team,” which I used in the previous sentence.

For lack of official titles, I would say that Robert Preston, Jr. and I both hold the distinctions of co-founders and co-editors of our little operation. Robert and I have worked on a number of projects together over the years and have shared not only a mutual camaraderie, but also a genuine love for print journalism and news reporting.

I have told many, many individuals over the years that my best work experience, hands down, was with the now defunct Douglas Daily News, a project that was way ahead of its time and, unfortunately, was brought down because of it.

I would be remiss here if I did not mention the talents and efforts of Nick Danna, another intricate and vital part of that editorial team. The experiences and quality of work we all shared was something only a few will ever get to experience in life. We did superb work, we represented the community well, we made friends and we made enemies but, overall, I believe to this day we had the absolute best print media outlet to ever have existed in the area. Again, this sounds extremely arrogant but sometimes the truth is arrogant.

Adding to the team of the Douglas Daily News were graphic designer and composer Deborah Kirkland and advertising representative Gail Oglesbee.

I cannot say enough about these two remarkable women.

Beyond her easy-going persona, her genuine dedication for her spiritual convictions, and her zeal for life and love for humanity, Deborah is the finest graphic designer I have ever known. I have worked alongside a number of graphics individuals in my lifetime, but none with whom I would ever credit to the extent I do with her in regards to professionalism, hard work, dedication, mastery, and artistic abilities.

Advertising representative Gail Oglesbee falls into the same category as Mr. Preston and Mrs. Kirkland. One would be hard-pressed to find a person on this earth with as much zeal, optimism, and human ‘warmth’ as Gail; not to mention she is flat-out outstanding at what she does. Gail possesses an outgoing personality that makes me envious, along with an infectious ability to draw people into her pure realness of spirit. As with Deborah, there is no other person I would want on my side handling the business Gail does on a day-to-day basis.

It is a true blessing to be able to again work with these three individuals and nothing short of a Divine intervention.

Now, back to Thursday’s Rotary Club meeting and the origins of DouglasNow.com.

As with much in life, it all started as a fluke, a chance encounter. I had not seen or heard from Robert Preston in quite some time, aside from the occasional Facebook interaction.

I guess it was around January or February this year when we bumped into each other at one of Douglas’ many retail stores. After a bit of small talk, Preston stated to me he had been perusing an idea for a while that he would like to run by me, but did not have the time to give full details at the moment.

A day or two later I received an e-mail from him giving a brief outline of creating a locally-owned news site, completely subscription-free, with any income we might earn being derived from whatever small amount of ad revenue he and I might be able to generate.

Although I knew it would be a small-scale operation, the writer, photographer, and journalist in me immediately jumped at the idea. I believe my actual words to him at the time were, “The only thing I don’t like about this idea is I didn’t think of it first.”

I think at the time, Robert and I could somewhat foresee the potential impact a local internet-based media outlet could have for the community, perhaps in the upcoming years. What we didn’t know at the time was that things were about to get moving rapidly on a much larger scale than we’d anticipated, as a group of some of the area’s brightest marketing minds were about to enter the picture.

It must have been around two months or so after we had contracted with Janiss Paulk of Zen Different Marketing in Ocilla to begin designing a web site for DouglasNow.com.

I’m not exactly sure how this happened, whether by phone, Facebook, e-mail, or what, but Robert was contacted by Mr. John Higgs, longtime radio personality and now Managing Partner with Broadcast South, which owns and operates numerous radio stations throughout southeast Georgia.

John’s idea? You guessed it. He and some of his partners were curious to know if an internet-based news site would work for the Douglas-Coffee County community.

The idea of two relatively young men with virtually no business backgrounds entering into somewhat of a partnership with a conglomerate such as Broadcast South was, needless to say, somewhat intimidating at first. To our surprise, however, those involved were not only very receptive to our ideas, but expressed a great willingness and desire to not only accommodate what Robert and I had begun, but also offered to provide us needed resources in exchange for very little but our own semi-expertise in local journalism.

A month later, DouglasNow.com is exceeding what we all initially believed it would. Revenue and income is, of course, always going to be a factor in how a business is deemed successful or unsuccessful. While we are certainly not making a killing at this point or quitting our day jobs, we are already envisioning a scenario where this will become the sole source of several of our incomes.

Beyond the financial aspects, Robert and I, along with the rest of the DouglasNow.com team, believe we are revolutionizing the way news will be delivered locally. Anyone with a smart phone, tablet, laptop, PC, iPad, and an internet connection can have access to 100 percent free local news at the touch of a mouse or the swipe of a finger.

The ultimate goal the editorial staff of DouglasNow.com is to provide current, up to the minute news as it happens in the community, without sacrificing integrity or accuracy.

The world of news reporting has changed dramatically over the last several years with news sites popping up everywhere.

Any Tom, Dick, or Harry with a keyboard can place “information” out for the world to see. That, however, is not our goal. While we certainly want to compete with other news outlets in getting information out to the public as soon as possible, we do not, we will not, abandon quality journalism for speed, nor will we give in to the all-too-popular tabloid, gossip and downright “trashy” web site phenomena masquerading themselves as real news media.

I cannot begin to express the excitement we are experiencing at both DouglasNow.com and Broadcast South over this new undertaking. Robert and I especially want to thank Mr. John Higgs and the board of directors with Broadcast South for bringing us on board, giving us free reign as journalist, and providing us with the needed resources we otherwise would not have had for some time.

We sincerely look forward to working with the Douglas and Coffee County communities for a very long time to come, constantly evolving over the decades to suit the ever-changing needs and demands of the news industry.

We are always open to any suggestions, news tips, article submissions, etc., which can be e-mailed to This email address is being protected from spambots. You need JavaScript enabled to view it..

I can be reached directly at This email address is being protected from spambots. You need JavaScript enabled to view it..