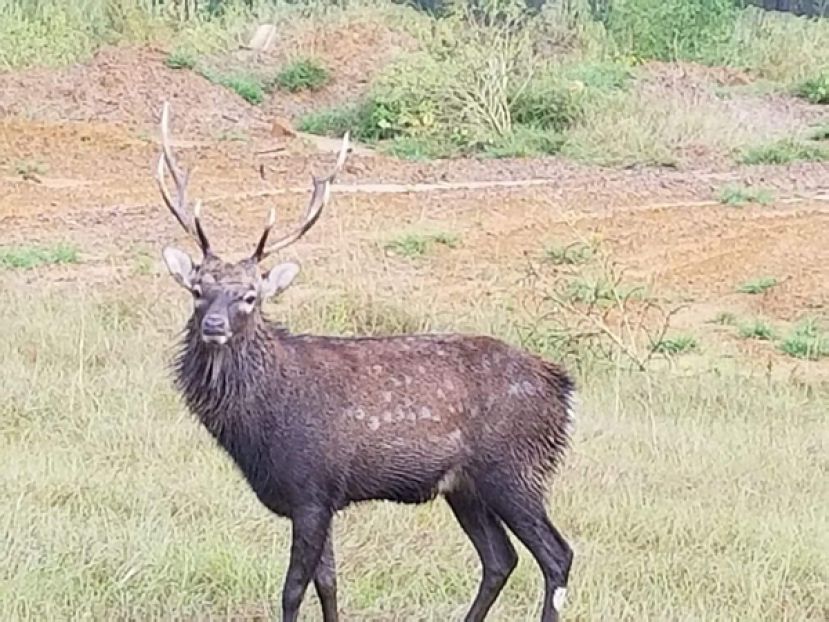 A number of invasive species call Douglas and Coffee County home, including fire ants, wild hogs, Mediterranean house geckos, and European starlings. You can now add one more to that list: the sika deer.

The City of Douglas released a statement today announcing that sika deer, sometimes called Japanese deer, have been seen inside the city. Several different subspecies of sika deer exist; some are rather large (in excess of 230 pounds) while others may not even hit 100 pounds. The city’s release neither stated how many have been seen or exactly what subspecies the invaders are (if anyone even knows). In addition to being pretty large animals, the males sport an impressive set of antlers. Females have two bumps on their heads. Sika deer also often retain their spots throughout their lives. So if you see a large, spotted, maned, large-antlered deer in Douglas, it’s a sika.

There’s no word regarding how they came to roam community, though several private citizens have had any one of a number of different species of exotic animals in Coffee County. Did the sikas escape from local owners? Or did they find their way here in some other manner? The answers to these questions ultimately may not matter; they’re here and rounding them up will be challenging to say the least.

Even though it’s not a violation of any law to kill an invasive species (since sikas are non-native, there is no hunting season, bag limit, or anything preventing an individual from shooting one provided he/she isn’t violating any other laws in the process – and killing an animal in the city limits is a violation of a local ordinance), the city has asked that citizens refrain from doing so. “At the present time, we are working with DNR to locate these animals,” says City Manager Terrell Jacobs.  “Our biggest concern is the safety of our citizens.”

The city’s statement asks that citizens be extra cautious on the roadways in Douglas and Coffee County until they are captured and re-located to a refuge.  The statement also says the following: “Please do not shoot these animals and if a citizen encounters the animals, use caution and do not approach them.  Please contact Rodger Goddard, Douglas Code Enforcement Marshal at 912-389-3462 or dial 9-1-1.”