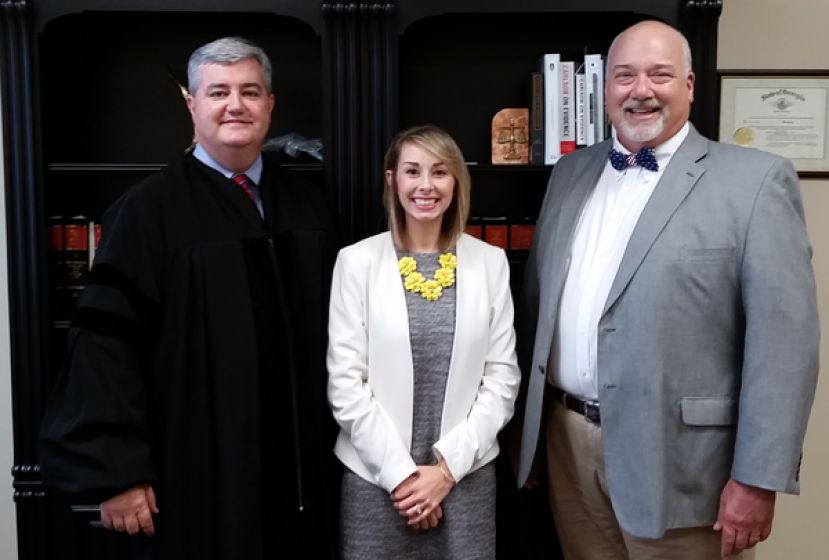 The Waycross Judicial Circuit has a new assistant district attorney. District Attorney George Barnhill has announced that Regan Taylor Cason has been hired in this capacity. Superior Court Judge Kelly Brooks swore Cason in earlier this week in Waycross.

Cason is the daughter of Philip and Robin Vickery and Scott and Denise Taylor of Valdosta. Cason has been happily married to her husband, Gabriel Cason, for one year. In her spare time, she is an accomplished ballet dancer for more than 11 years, is involved with Animal Rights and the Animal Legal Defense Fund, and is a member of the Young Republicans. Cason obtained her undergraduate degree, with honors, from Valdosta State University in 2014 and graduated from Mercer University's School of Law in May of 2017. She is thrilled to now be a resident of Waycross and looks forward to beginning her legal career prosecuting criminal cases at the District Attorney's Office.