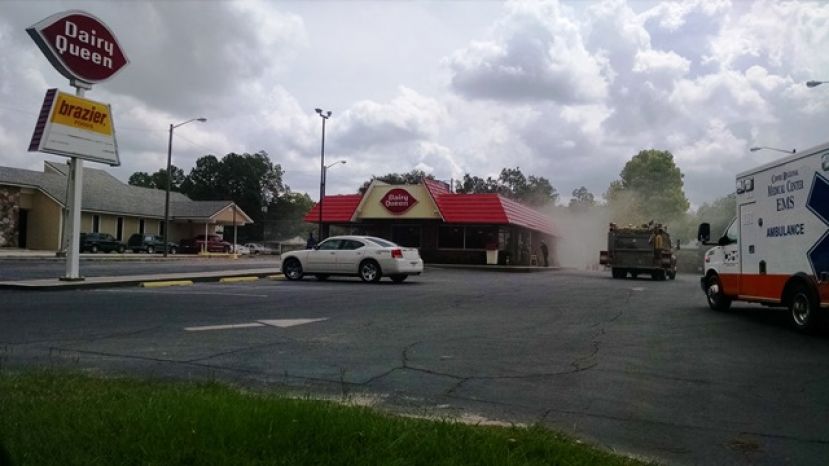 Douglas firefighters and other emergency personnel responded to  Dairy Queen on South Peterson Ave. just before noon today in reference to a fire which began at the backside of the building.

Douglas Fire Chief Tim White stated the blaze initially began at the business' hooding/ventilation system, and was somewhat escalted when it came into contact with cooking oil or grease that was in close proximity. White added there did not appear to be any permanent structural damage to the building.

Most officials had cleared the scene by 1:30 this afternoon, but the business remains surrounded by yellow caution tape as investigations and assessments continue.