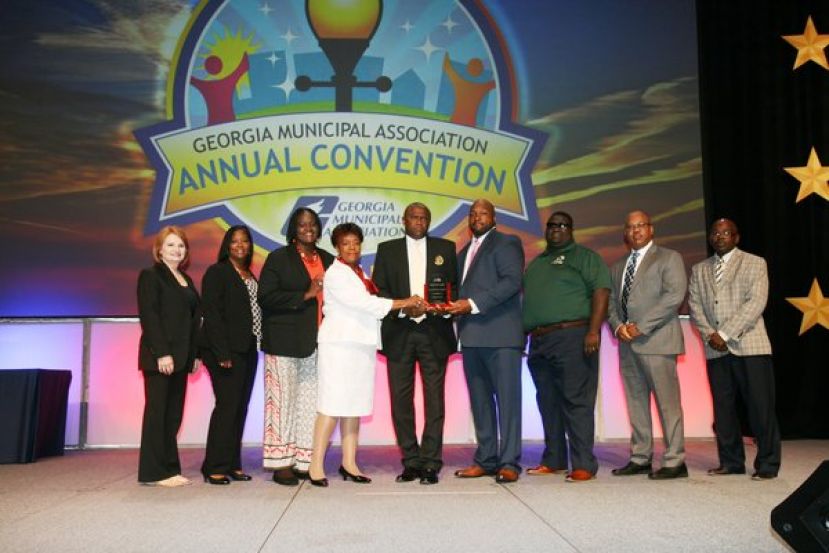 The Hall of Fame honors municipal officials who exemplify the best in public service, and who, throughout their careers, have made extraordinary contributions to their communities and Georgia’s cities.

“Commissioner Roper has inspired many people in Douglas and Georgia,” says Mayor Tony Paulk. “He was a dedicated representative of his community and the state of Georgia. He had a huge impact on my life and many others. He is missed greatly.”

“Johnnie Lee Roper left a legacy as big as his smile,” said GMA Executive Director Lamar Norton. “He was a tireless champion of the Miracle Field playground. He raised approximately $70,000 for its construction, and when it’s done, it will serve as a regional facility for South Georgia children and adults.”

Roper served the Concerted Services Head-Start Program and was the co-founder of “Building the Bridge,” where he was instrumental in providing college scholarships to young people in the community. He served on the South Georgia Regional Commission Board of Aging, and throughout his tenure, was a strong supporter of GMA. He served as a district officer, as a member of the GMA Board of Directors and as a member of the Legislative Policy Committees. He was also a proponent of continuing education, completing 234 hours through the Harold F. Holtz Municipal Training Institute.

“Mr. Roper epitomized public service,” said Norton. “The Convention this year has not been the same without him in our presence. He is missed.”

Based in Atlanta, GMA is a voluntary, non-profit organization that provides legislative advocacy, educational, employee benefit and consulting services to its 520 member cities.