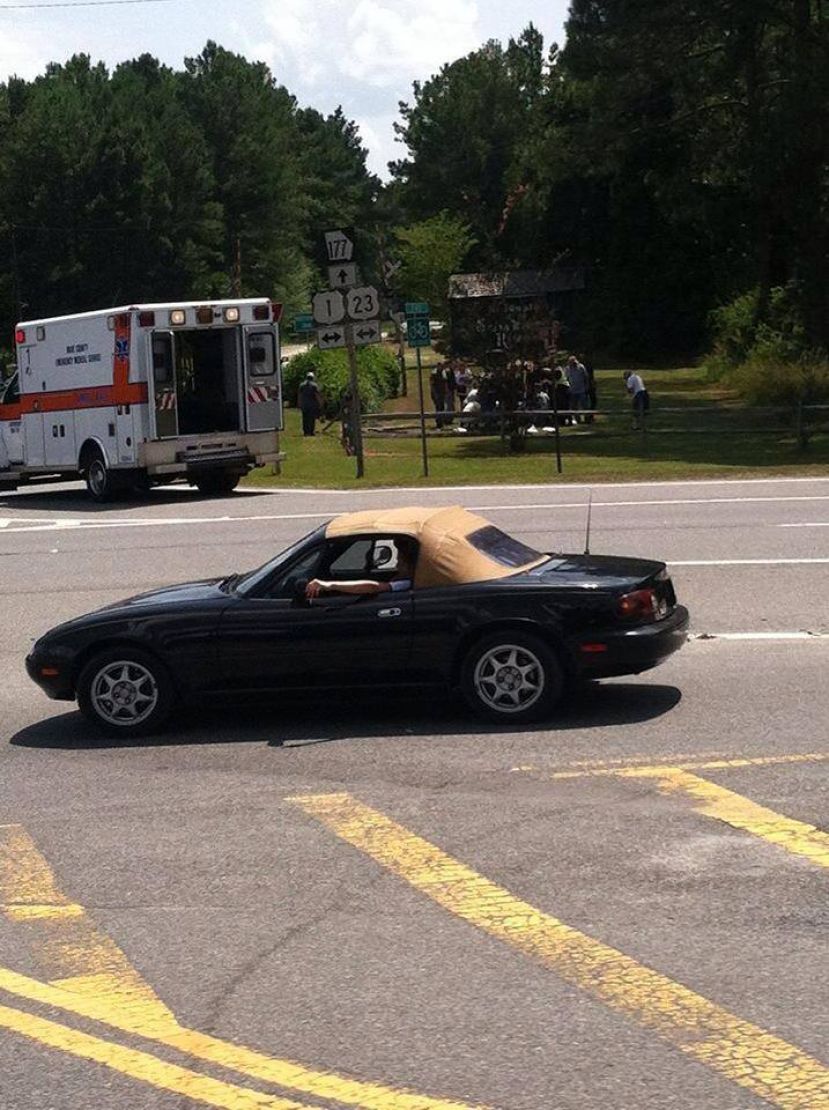 Friday afternoon, a couple of Coffee County residents – all of whom happen to be directly related to the author of this story – saw a dramatic and nearly deadly accident involving a car and a pedestrian at the entrance to the Okefenokee Swamp Park just south of Waycross on U.S. 1.

The witnesses – Heather Preston and Sherry Thomas, the wife and mother-in-law of this writer – were traveling south on U.S. 1 when they saw a SmartCar run into a person on foot and seriously injure him. Thomas, Vice President of Patient Services at Coffee Regional Medical Center and a registered nurse, stopped and helped stabilize the victim until an ambulance arrived.

As it turned out, there was a lot more to the story than just an auto accident.

We don’t have names of the people involved, so try to follow along as best as you can. According to the victim, the driver of the SmartCar was in the process of stealing the car from the victim when the collision occurred.

Here’s how everything went down: The person in the SmartCar was a female and at the time of the crash was attempting to steal the car. She had previously crashed her car, a small white vehicle with Texas plates, into the sign at the entrance to the Okefenokee. The owner of the SmartCar, a volunteer at the Okefenokee, stopped to see if the female needed help. At the same time, a cyclist out for a Friday afternoon ride stopped to assist as well.

Preston saw the SmartCar strike the man. Thomas was in the vehicle with her and they stopped. Thomas immediately went to the victim to provide first aid. He suffered serious injuries, but they did not appear be life-threatening. The victim had broken bones and deep cuts to his nose. Several other motorists stopped to help, including another registered nurse.

Police and EMTs arrived quickly. Another accident, which is believed to have been related to this one, occurred on the way to Laura Walker State Park. The driver of the vehicle in the second accident was life-flighted due to serious injuries.

We have no further information on the other wreck. If the lady who stole the SmartCar was involved in the second wreck, she was obviously apprehended by law enforcement. When/if she was caught, she will face a slew of serious charges, including auto theft, fleeing the scene of an accident (two accidents, actually), and whatever other charges the police can add on. We will try to find out more information and post an update as information is made available.