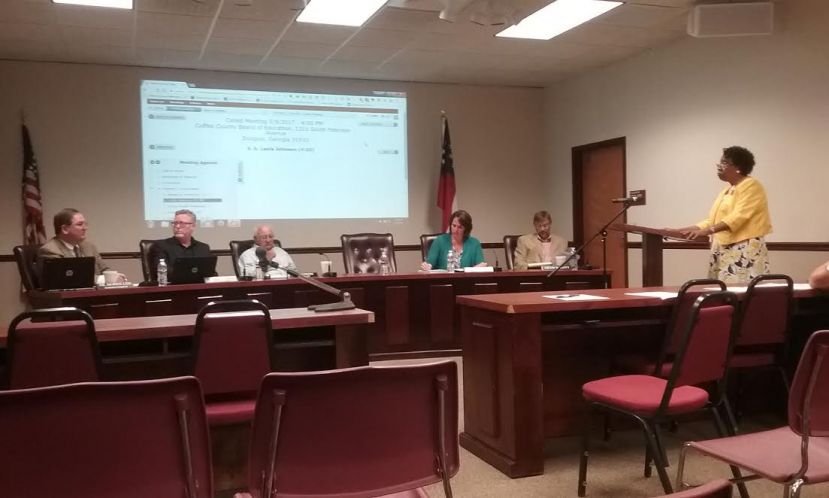 Bradley Bennett/DouglasNow.com Leola Johnson addresses the board of education during her interview for the District 1 seat last week.

Nearly two months after the death of District 1 school board member Ronnie Johnson from complications associated with diabetes, members of the board of education have named his successor. At a special called meeting held primarily to discuss the budget, the board approved Leola Johnson as the new District 1 representative.

Johnson was one of eight individuals whom the board interviewed for the spot. She appeared before the BOE last week and answered a few questions regarding her experience and her vision for the school system. Johnson is a lifelong Coffee County resident. She retired from Coffee Middle School in 2005. During her interview, Johnson expressed her belief in athletics as well as academics, along with her continued involvement in the Coffee County school system through her grandchildren.

The school system is expected to make an official announcement on Tuesday, May 16.

Bradley Bennett contributed to this report.