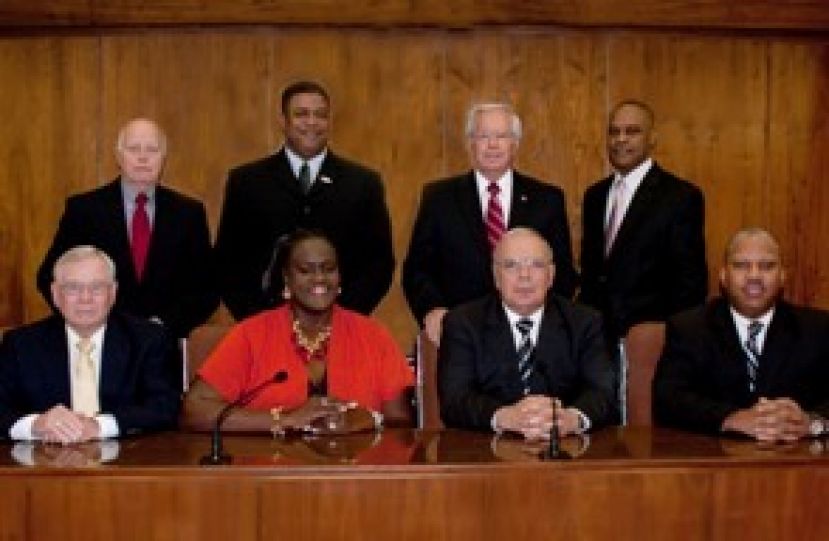 Douglas City Commissioner Olivia Pearson was in Coffee County Superior Court on Thursday, testifying as a character witness for the defense during a bond hearing for accused armed robber, 26-year-old Jeffery Moore.

Moore is currently incarcerated at the Coffee County Jail awaiting trial for his alleged involvement in a home invasion and armed robbery that occurred at a Coffee County residence in January this year.

During her testimony, Pearson stated she had known the defendant personally for some time and did not kow him to be a violent person.

"Every encounter I've had with him, he's always been respectable (and) never disrespectful in my presence," Pearson said. "I know that he loves music and is active in the church."

Commissioner Pearson added she did not consider Moore to be a threat to anyone and further stated she would be willing to help with his bond should the judge grant one and the family needed assistance.

When questioned by Assistant District Attorney Ian Sansot if she was aware of the defendant's criminal history, Pearson initially stated she was not. However, when Sansot specifically asked her about any knowledge of Moore's prior conviction for affray, the commissioner said she did know about the incident stating, "I remember hearing something about a fight, but sometimes young people do that."

Moore has had at least one other arrest for cocaine possession, according to testimony given by the assistant district attorney.

The victim in the pending case against Moore also gave testimony Thursday, along with Moore's brother, who admitted to being present during the incident and identified his sibling as being one of the individuals who participated in the robbery.

Superior Court Judge Dwayne Gillis denied Moore's bond request based on the defendant's potential to pose a danger to the community.