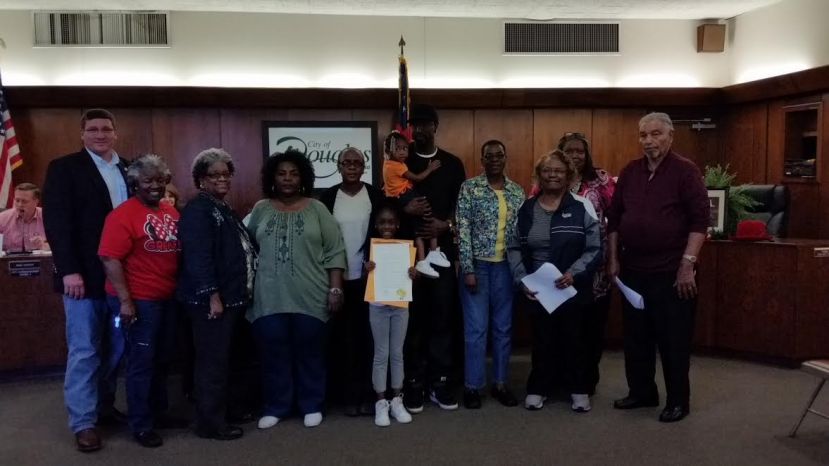 There has been some confusion regarding an increase in pay for the City of Douglas Mayor and Commission, as reported by DouglasNow.com yesterday.

The agenda of the commission for the work session of April 10, 2017 was provided to the media and clearly indicated that it was on January 28, 2014 that the commission approved to go forth in seeking local legislation to increase the salaries of the mayor and commission. The increase in pay for the City of Douglas Mayor and Commissioners has been ‘in the works’ for quite some time.

The commission’s approval of the resolution required that the local legislative delegation, made up of State Representative Dominic LaRiccia and State Senator Tyler Harper, present a local bill to the Georgia General Assembly. The local bill increasing the pay was enacted into law and took effect after the election of the current board. The mayor’s salary was increased from $4,800 per year to $9,600. The commissioners’ salaries were raised from $3,600 to $7,200.

State law requires that qualifying fees for candidates for elective office be three percent of the official salary. It was this increase in qualifying fees, from $144 to $288 for the office of mayor, and from $108 to $216 for commissioners, that the commission approved in the regular meeting on April 10, 2017.

We apologize for any confusion our earlier story may have caused.

Also during the work session the Commission sought approval to conduct a special election to be held at Central Square Gym on June 20, 2017. The election will be held due to the passing of Ward 1 Commissioner Johnnie Lee Roper. The City Clerk will qualify candidates, and qualifying fees will be payable to the City of Douglas. Any questions about the upcoming special election should be directed to the Coffee County Board of Elections and Registration at (912) 384-7018.