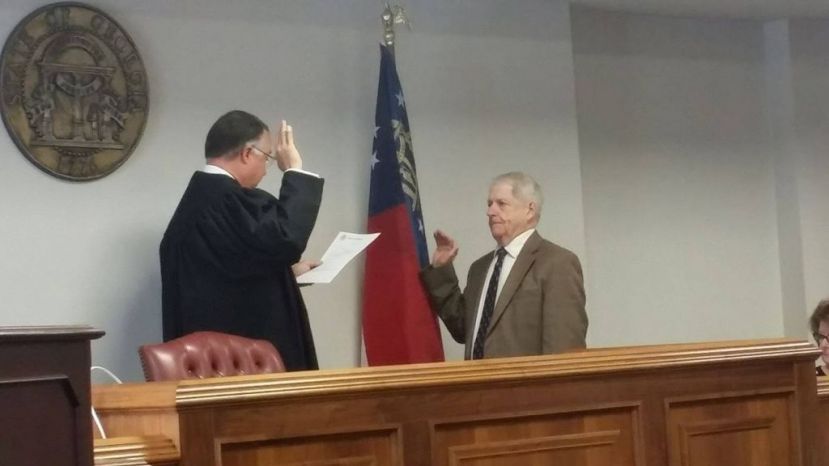 Chief Judge Dwayne H. Gillis of the Waycross Judicial Circuit has been designated to serve in place of Justice Nels S. D. Peterson in the appeal of Pierce v. The State (S17A0828). The Supreme Court of Georgia will hear arguments in the case on April 17, 2017 during its 10 A.M. session. In this Houston County case, a man is appealing his convictions and 30-year prison sentence for sexually molesting three boys, ages 13 and 14. In addition to hearing arguments, Judge Gillis will participate in the Court's decision.

Judge Gillis, 56, was appointed by then-Gov. Roy Barnes in 2001. He has been re-elected four times without opposition. Prior to his appointment to the Superior Court,

Judge Gillis was appointed as the Municipal Court Judge for the City of Douglas. He also served on the Circuit Juvenile Court.

Judge Gillis practiced civil and criminal law in Douglas, his hometown, from June 1990 until his appointment to the bench. Prior to entering law school, he was a full-time police officer.  A native of South Georgia, Judge Gillis graduated from Valdosta State College and the Walter F. George School of Law at Mercer University. He has served on several commissions, boards, and committees, including for the Magnolia House Domestic Violence Shelter, the Truancy Protocol Committee, and the Domestic Violence Task Force.

He and his wife, Pam, have three children and four grandchildren. Judge Gillis enjoys mission work, hunting and fishing. He is a deacon at the First Baptist Church in Douglas.

(Designated judges are appointed when a justice must recuse himself or herself from a particular case. The Supreme Court of Georgia maintains a list of select judges from around the state and when the need arises, the Court appoints the next judge on the list.)