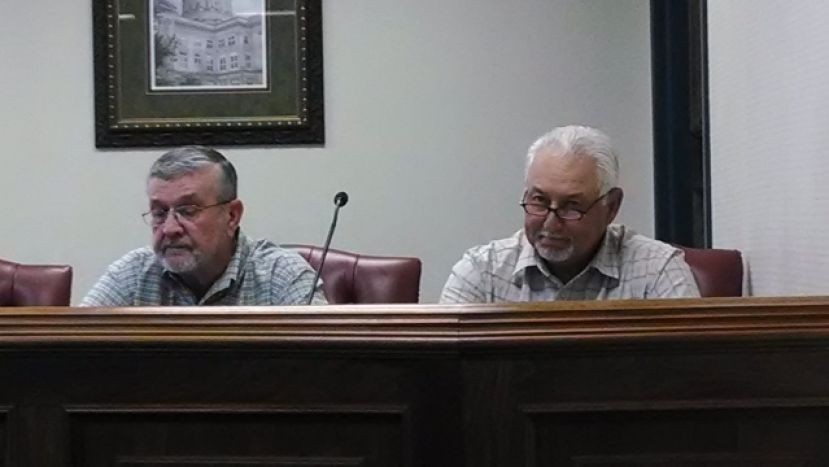 Nine minutes. 540 seconds. That’s how long today’s regular meeting of the Coffee County Commission lasted. The commissioners had one item on the agenda; however, that item was cancelled due to a scheduling conflict.

Commissioners opened the meeting with an invocation by Sam DeCasper, pastor of Ambrose Christian Church, then county administrator Wesley Vickers gave a short report on The Last Pedestrian, a movie which is being filmed in Douglas from July 24-26.

After approving the minutes, commissioners adjourned approximately nine minutes after calling the meeting to order.

During the pre-meeting work session, Vickers reviewed the 2014 tax digest and the mid-year financial statements with commissioners. Though there are a couple of areas of the financials that concern Vickers, particularly the items pertaining to the changes in how motor vehicle taxes are collected, overall, the county is in sound financial shape at the mid-point. “We’re staying within the budget on the expense side. The sheriff is staying within his budget. I think it’s going well right now,” said Vickers.