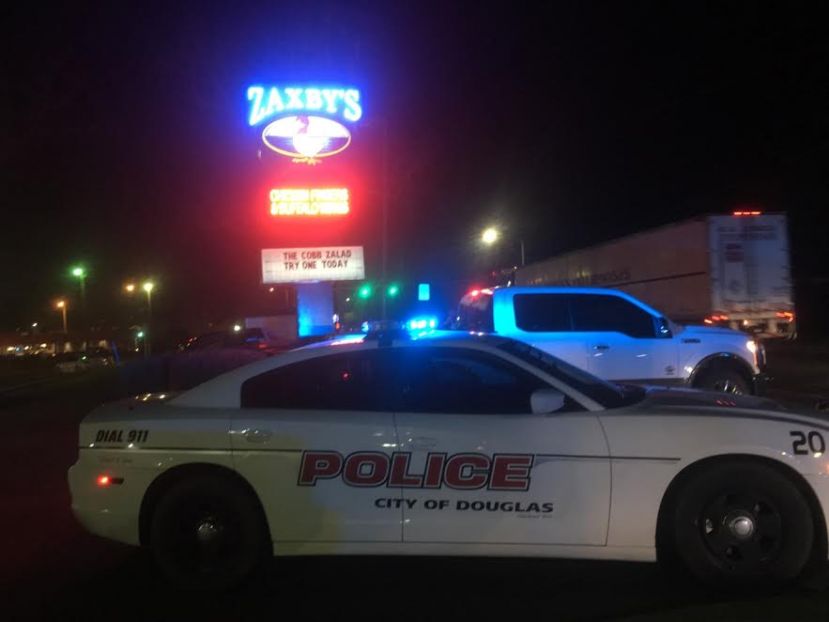 Wednesday night, Douglas police arrested Tyrone Laderrick Ellerton, 34, in connection with an accidental shooting that took place on South Madison Avenue. Charges included possession of schedule prescription drugs, theft by receiving stolen property, possession of a firearm by a convicted felon, and two counts of possession with intent to distribute a controlled substance.

A police officer on patrol heard gunshots around 8 p.m. Thursday. He saw several individuals running away from a white vehicle. One of the individuals, Tyrone Ellerton, had a handgun. The officer disarmed and detained him. At the scene, the officer saw that Joshua Santez Ellerton, 27, had been shot in the right arm. EMS took him to Coffee Regional Medical Center for treatment. During the ensuing investigation, police determined that the shooting was accidental. However, they found that Tyrone Ellerton was a convicted felon and was also in possession of several different controlled substances. As a result, they arrested Tyrone Ellerton on the aforementioned charges.

The shooting remains under investigation.

More in this category: « Sheriff responds to report of escaped offender School board will appoint successor to Ronnie Johnson, accepting applications for the position »
Login to post comments