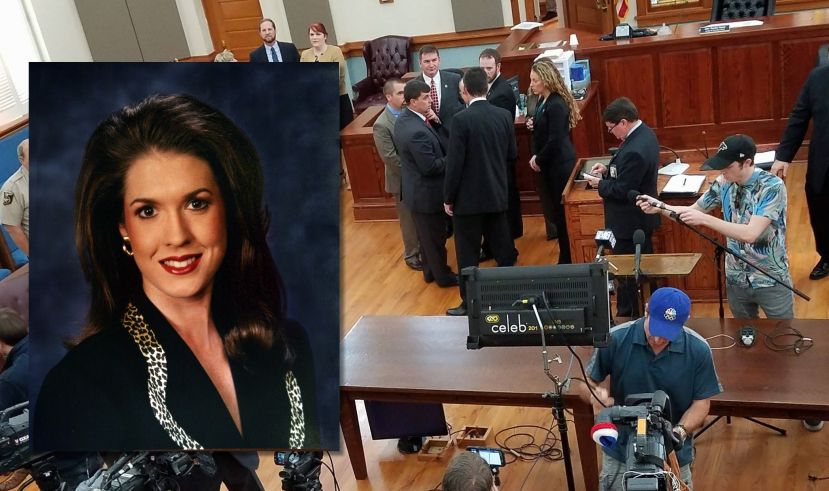 Eleven and a half years ago, Tara Grinstead, the beauty queen high school teacher from Ocilla, disappeared – seemingly without a trace. Investigators found few clues, leads dried up quickly, every twist and turn in the sordid case led to dead ends.

Thursday afternoon, inside the Irwin County Courthouse in Ocilla at a special called press conference, J.T. Ricketson, Special Agent in Charge of the Region 13 GBI office, announced to a packed courtroom that investigators had made an arrest in the Grinstead case. Ryan Duke, a 2002 graduate of Irwin County High School and a former student of Grinstead’s, was arrested on multiple charges, including murder. According to Agent Ricketson, a tip received a few days ago led to a series of interviews, which ultimately led them to Duke. Authorities took Duke into custody on Wednesday. Thursday morning, he was formally charged.

Agent Ricketson said very little during the meeting, except that Duke had been arrested and charged with Grinstead’s murder. Media members asked several questions after Ricketson concluded his remarks, including questions regarding motive, charges, a possible confession, if the GBI had located Grinstead’s remains, among others. Ricketson refused to answer any of those questions, citing his agency’s concern for protecting the integrity of the investigation.

Connie Grinstead, Tara Grinstead’s stepmother, also addressed those in attendance. She praised the GBI and local law enforcement, and she stated her unwavering belief that the case would eventually be solved. “We always believed it would be solved. We just did not know when,” she said. Connie Grinstead added that for the family, this is “just another chapter in a long, painful journey. We ask that you keep us in your prayers. Our wounds are deep and our hearts are broken . . . For now, we ask that the media respect our privacy and give us a chance to grieve.”

The investigation remains open and officers are still pursuing leads as the case continues to develop.