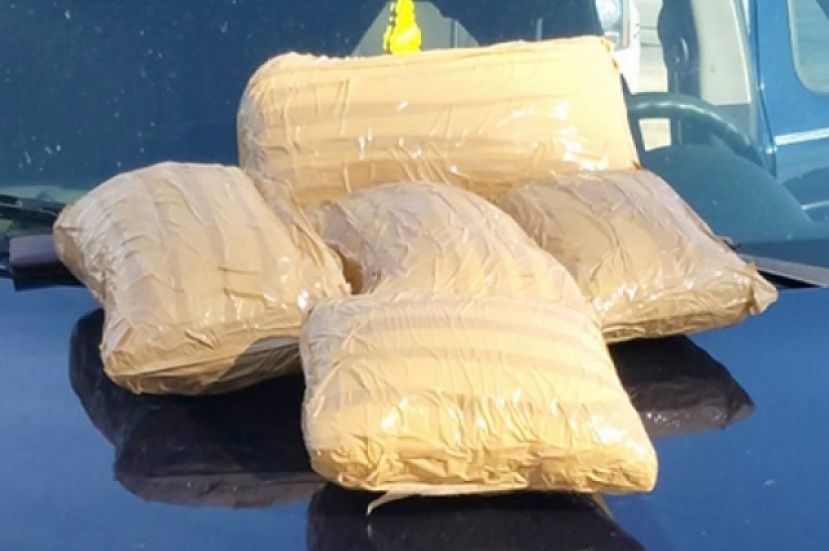 Friday afternoon, a Nicholls police officer hit the jackpot, so to speak, during a traffic stop.

The officer initiated the stop after noticing the three occupants of the vehicle weren’t wearing their seatbelts. During the course of the stop, the officer requested additional units to assist.  The Coffee County Sheriff’s Office and the members of the Douglas-Coffee County Drug Unit responded to the scene.

Before officers could arrive, one of the occupants, Brandon Moore, fled the scene on foot.  As other officers arrived to assist, the Nicholls police officer requested a drug detective to his location.  Once on scene, the Nicholls police officer and the drug detective conducted a brief investigation due to the smell of marijuana coming from within the vehicle.

They conducted a search of the vehicle and found five packages containing approximately 11 pounds of high grade marijuana.

Moore remains at large. However, the other two occupants of the vehicle -- DeShawn Washington and Cornelius Perry – were arrested and charged with trafficking marijuana and not wearing seatbelts. The marijuana carries a street value of approximately $50,000.