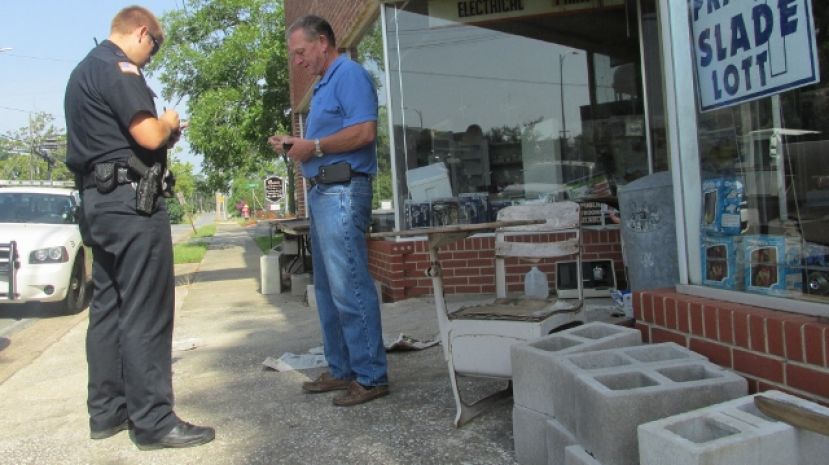 At least three businesses in Douglas' downtown district were targeted overnight by vandals, causing extensive damage to storefronts and thousands of dollars in clean-up costs and repairs.

Business owner Steve Gentry, who operates Douglas Peddlers on South Peterson Avenue, stated someone had evidently used a ceramic statue outside his store to smash the front window.

"Nothing was taken from the store," Gentry said, "but it's obviously going to cost us to have to replace the window."

Just two shops over from Douglas Peddlers, another business, Tater Bugs, had also been vandalized in the same manner.

The perpatrator(s) also struck several blocks north, hitting Lott True Value Hardware on West Bryan Street, just off Peterson Avenue and only one block east of the Douglas Police Department. As with the other stores, an object had been hurled through the front window; a five gallon bucket of roofing tar had also been spilled at the entrance.

Douglas police were at all three scenes Wednesday morning, taking statements from business owners and calculating the extent of the wreckage.