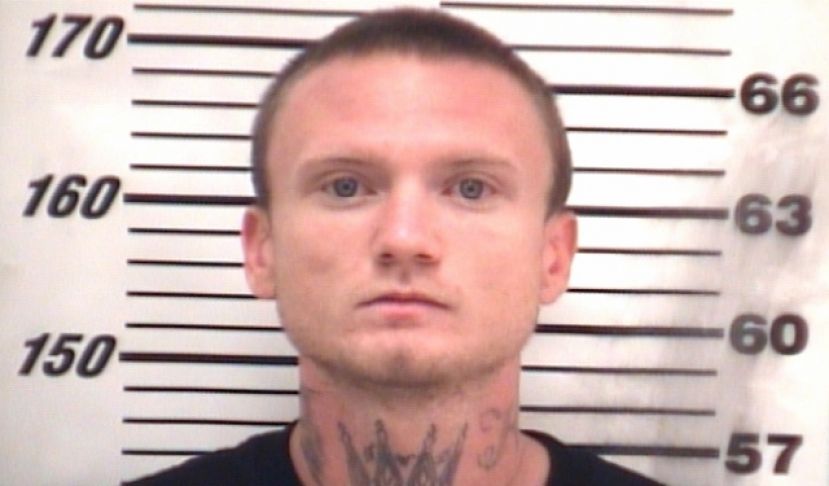 A vehicle stop conducted by Coffee County sheriff's authorities earlier this week resulted in the discovery of over 52 grams of methamphetamine and the arrests of three individuals on drug  trafficking charges.

Officials performed a vehicle pull over on Dan Duren Rd. last Tuesday, Sept. 13, after receiving  a tip from the Nicholls Police Department. Drug agents determined the driver and two occupants attempted to dispose of some of the contraband by throwing it out the window before being stopped.

Deputies and agents were able to recover what was thrown from the vehicle and determined the contraband to be methamphetamine.

All three suspects have been charged with trafficking methamphetamine.

Aug. 24 - Deputies performed a vehicle stop on U.S. 441 S. in the area of Osbon Mills Road and noticed an open container of alcohol in the vehicle, along with a strong odor of marijuana.

The vehicle was searched and, as a result, deputies and drug agents located cocaine, marijuana, and MDMA. The agents also located a large amount of cash in various denominations.

Subject to the investigation, 25-year-old Rashan Sims  of Douglas, who is currently on parole for other drug charges, was charged with possession of marijuana, trafficking cocaine, and possession of MDMA.

Sept. 12 - Following a call from the Douglas Police Department, DCDU agents responded to a room at the Benton’s Motel regarding the possession of marijuana.  When agents arrived, they were informed the occupant of the room, 25-year-old Kayla Carelock of Douglas, had over-stayed in the room and the DPD had been summoned to remove her.

They further advised that Carelock refused to wake up and, when they attempted to raise her, they noticed a small amount of marijuana on the nightstand.

The agent and officers were able to raise Carelock.  The room was searched and agents discovered syringes loaded with methamphetamine and prescription pills.

Subsequent to the investigation, Carelock was charged with possession of marijuana, prescription pills, and methamphetamine. 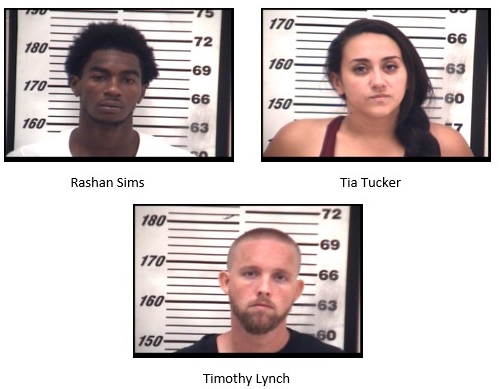 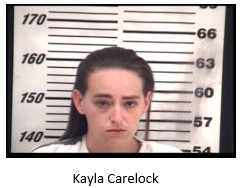