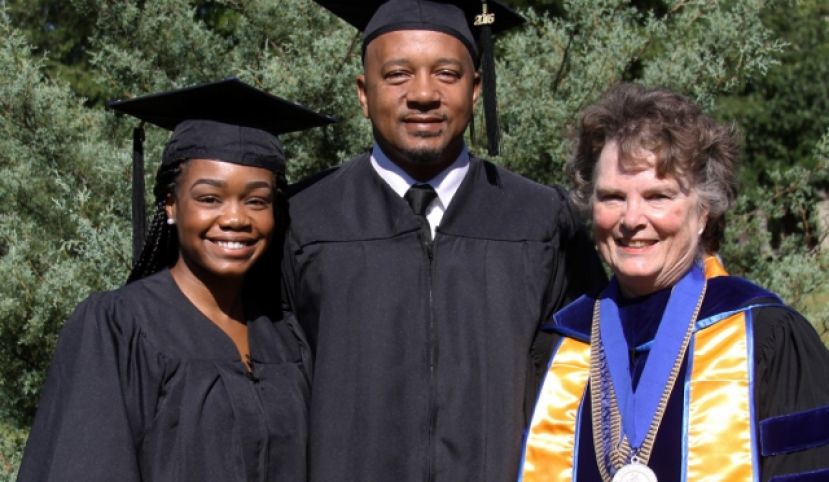 The concepts of personal accountability and common courtesy were the prevailing themes May 5-6 during South Georgia State College’s (SGSC) commencement ceremonies.

Dr. Garlund Gudger of the Hughston Clinic spoke to the graduates at SGSC’s Douglas Campus ceremony May 5. An alumnus of the former South Georgia College, Gudger utilized illustrations from his collegiate and professional careers along with quotes from notable sources to underscore his challenge that the graduates always be accountable for the choices they make.

Following Gudger’s address, degrees were conferred and presented to the graduates in attendance. This included the first cohort of students to receive the Bachelor of Science Degree in Biological Sciences, which included two possible tracks – nature and ecology or pre-professional.

Larry Walker, a member of the University System of Georgia Board of Regents, challenged the Waycross Campus graduates during the May 6 ceremony to exhibit the ideals of common courtesy as the graduates progress through life. Walker told the graduates that simple action can help them be successful in the future.

Following Walker’s address, degrees were conferred and presented to the graduates in attendance.

This year’s commencements were the last for SGSC President Dr. Virginia Carson who will retire June 30. Members of Carson’s family were in attendance for the Douglas Campus ceremony where she was recognized for her leadership of the institution. 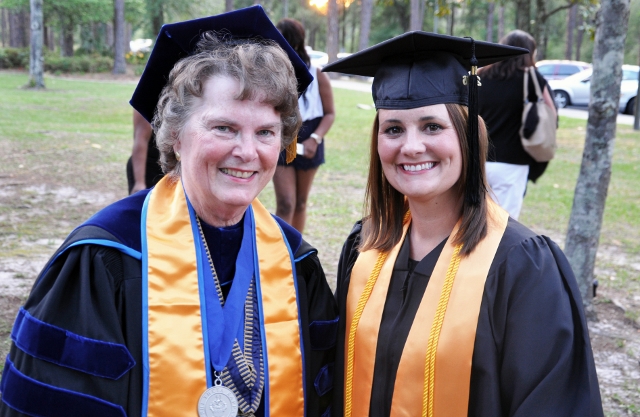