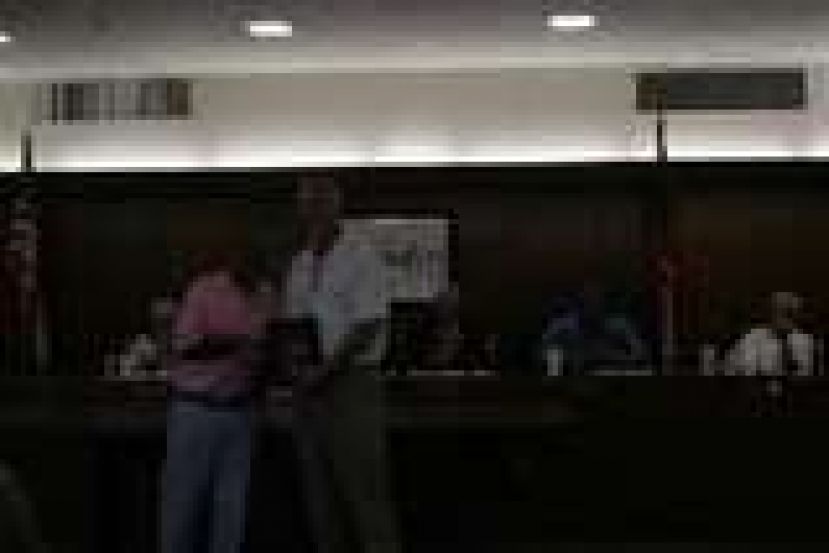 City commissioners heard the first reading of an ordinance concerning semi-truck parking within the City of Douglas at the City Commission meeting on Aug. 10 City at Hall. The revised ordinance prohibits vehicles having over six wheels from parking on residential streets or residential areas of the city. Violators of the ordinance could be fined up to $1,000 or face up to 180 days in jail. The ordinance will be read publicly again at the next commission meeting on Aug. 24.

The light department is set to get a new 2016 Ford F-250 as its purchase was approved by the City of Douglas. The truck will be purchased from Allan Vigil Ford in Morrow for $30,978 and will be paid for out of the Electric Department’s budget.

City Commissioner Marty Swain presented the City of Douglas Finance Department with a CAFA award for their outstanding financial reporting.

The police department is running a safety campaign that will install safety flags on motorized wheelchairs free of cost for anyone interested. Call 384-2222 extension 3616 or 3628 to speak with someone about installing the flag.

More in this category: « Late night car chase leads to one arrest Coffee woman sustains gunshot to the head »
Login to post comments