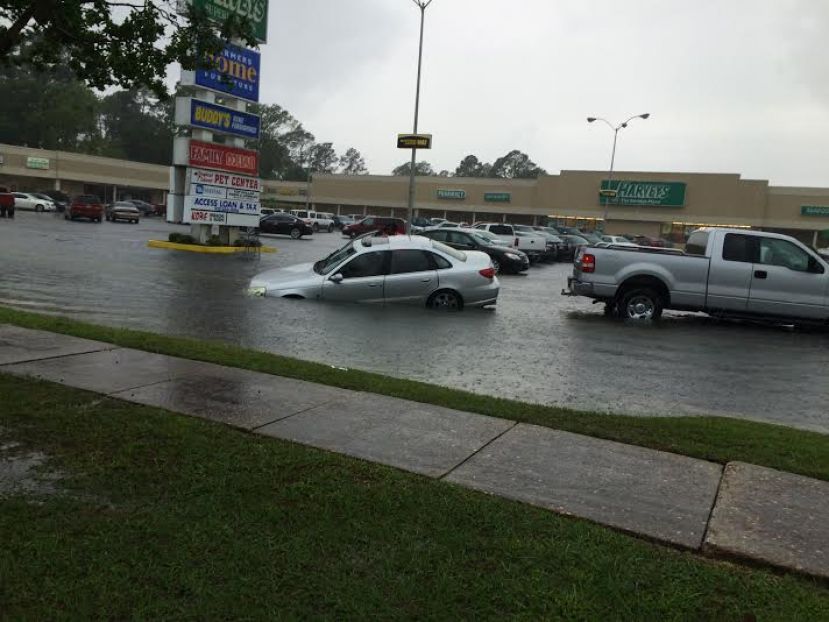 Zean Preston/Special to DouglasNow.com This is but one problem Wednesday afternoon's rain caused in Douglas.

About 3:30 this afternoon, the heavens opened up and dumped water across the city of Douglas. In several notoriously low sections, water covered entire blocks of roadway. One such area, around the Harvey’s on the south side and in and around South Georgia State College, the water caused tremendous problems, not the least of which was the predicament the driver of this vehicle found herself in. Water saturated the Harvey’s parking lot, to the point of covering the grassy area between the parking lot and the sidewalk on Peterson Avenue.

This vehicle, which was moving through the parking lot just before 4 p.m., evidently couldn’t see where the parking lot ended and the grass began. The driver went over the curb and down into a low area of the grass. It wasn’t long before a Good Samaritan with an F-150 and a tow rope came along and pulled the vehicle and its occupants to safety.