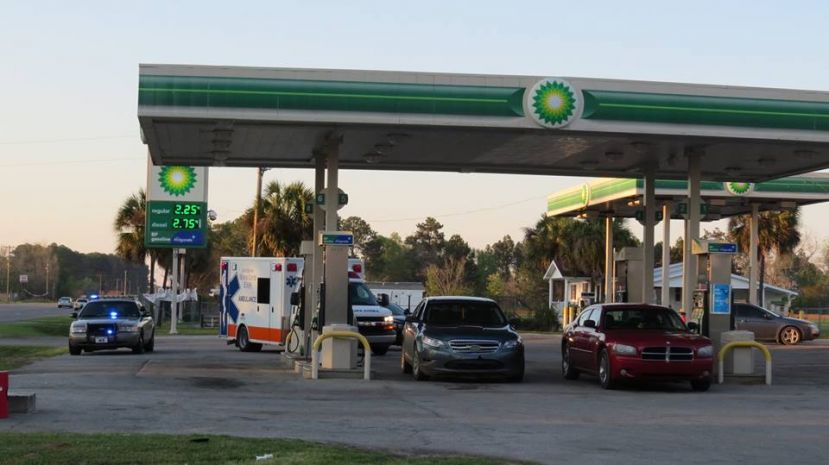 According to a report published on the Coffee County Georgia Police Scanner Facebook page, officers rescued a woman from the Jet Foods on 441 South who said she had been kidnapped. The suspects in the alleged kidnapping fled the store’s property when law enforcement officers arrived.

The Police Scanner reported that this afternoon, a woman came inside the Jet Foods and told a clerk at the counter that she had been kidnapped. Outside the store, the alleged kidnappers were putting gas in their vehicle. One male was outside pumping gas while another male and female were inside the vehicle. The victim, who was visibly upset, ran around the counter and hid from her alleged abductors. The clerk called 911; after a few minutes two males and a female came in the store looking for the victim. She remained hidden under the counter. The three suspects stayed inside the store for a few minutes then went out the back door.

Witnesses on the premises said the three individuals appeared as though they were looking for someone when troopers from the Georgia State Patrol arrived. The individuals saw the officers and fled into the woods behind the store. Officers from the Coffee County Sheriff’s Department arrived shortly as well. They talked the victim from behind the counter while other officers searched for the suspects. Within a short time, they had apprehended the suspects and taken them into custody. Bloodhounds from Ware County assisted with the search as well.

The victim was transported to Coffee Regional Medical Center by EMS.