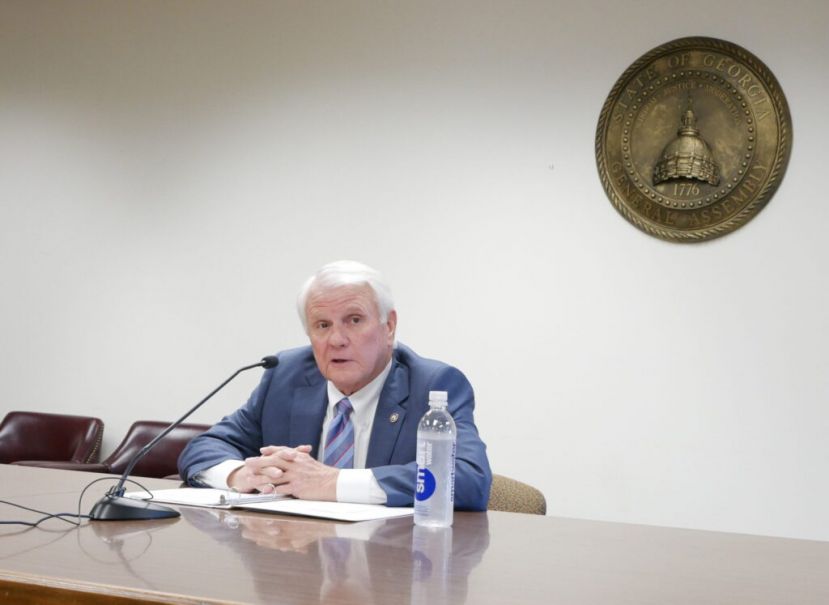 If anyone was harboring hope that a new House speaker might want to take a fresh look at full Medicaid expansion in Georgia, House Speaker Jon Burns dumped cold water on that Thursday.

Burns is only the second speaker since the Affordable Care Act was passed in 2010, but he will continue the longstanding GOP tradition in Georgia of opposing fully expanding the insurance program for the state’s low-income residents. Georgia is one of 11 states that have not expanded Medicaid under the Obama-era healthcare law.

Instead, Burns told reporters Thursday that he believes Gov. Brian Kemp’s more limited expansion plan, which is set to start in July, should be given a chance to extend coverage to more Georgians. About 50,000 people may gain health coverage under his plan if they complete 80 hours of work, job training or other qualifying activity each month.

“Gov. Kemp certainly is leading the way with this with the waivers, and I think we need to give it time,” he said.

House Democrats plan to make full expansion their top priority this session, as they have for years. Minority Leader James Beverly has already filed a bill that would expand coverage to an estimated half million Georgians. The Democrats’ bill faced long odds from in the GOP-controlled Legislature, but the speaker’s opposition makes it a nonstarter in that chamber.

Beverly said he was disappointed by Burns’ comments.

“It is saddening to know that he won’t even explore healthcare expansion options that will only benefit Georgians. It is flat-out irresponsible and harmful to the citizens of this state,” Beverly said in a statement Friday. “We have the resources to expand healthcare access to all Georgians and it is long overdue. Investing in our state’s health and safety is critical for building a better and safe Georgia.”

Burns also said he has no interest in taking up new abortion restrictions while the state’s six-week abortion ban is being challenged in court – a position that will deflate any hope anti-abortion advocates had for more restrictions in the first legislative session since the U.S. Supreme Court made abortion access a state decision.

A Fulton County judge overturned Georgia’s law in November, but the state has appealed the ruling to the Georgia Supreme Court, which is set to hear arguments in March. An attempt to make it harder to access abortion medication in Georgia – requiring, for example, an in-person exam – stalled last session.

“I think the posture that the House should be in – and certainly the posture Jon Burns is in – is we’re going to wait and see exactly what becomes of the legislation we passed,” he said.

“We’re going to hear from the state Supreme Court, and then we’ll move forward on something if we need to. If not, we certainly have something in place.”

But Burns said he was open to another health care proposal that has gone nowhere in the past – raising the state’s tax on tobacco products. Georgia has the second lowest tobacco tax rate in the country.

Burns has restructured the House committees in a way meant to encourage lawmakers to dig into complex health care issues, and he says a possible tobacco tax increase is an example of a health care policy that could bubble up from the committees.

Behavioral health will also be a “front burner issue” for these committees, he said. Last year, lawmakers passed a celebrated bipartisan behavioral health parity bill that was seen at the time as the beginning of an effort to improve access to treatment in Georgia. Advocates and lawmakers hope to build on that work this year.

“We want to make sure we address the issue broadly, whether it be mental health professionals, as we look at an issue that impacts almost every family in this state,” he said.

Under Burns, public health has been peeled off as its own committee, led by Marietta Republican Rep. Sharon Cooper who was the chair of the health committee. Rep. Lee Hawkins, a Gainesville Republican, now chairs the health panel.

“I think we have the right folks in place when we look at the focus we’re going to take on a broad perspective on health,” Burns said. “And certainly, if that’s something that rises to the level of us wanting to have more serious discussion, we can have those.”