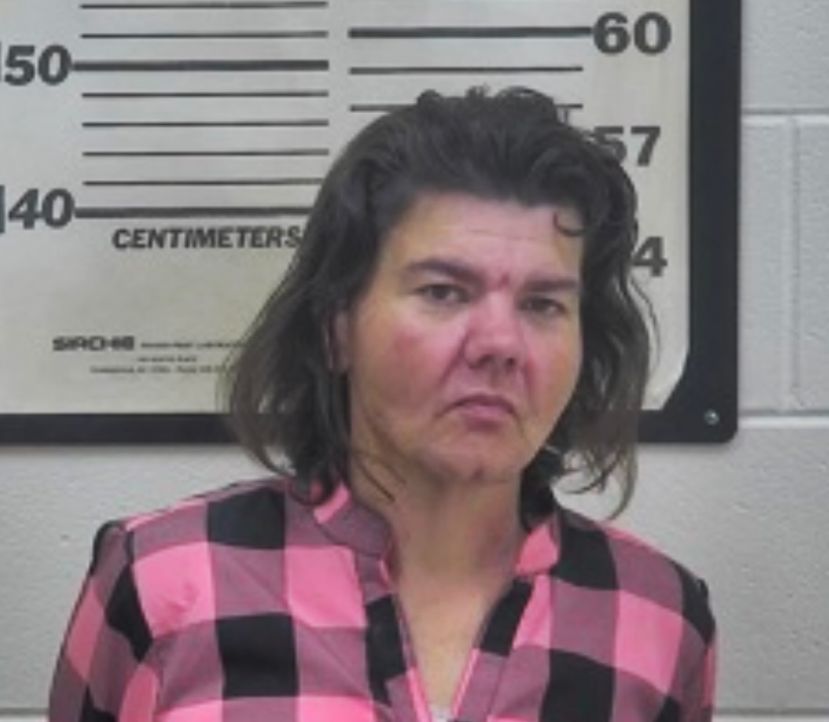 Billy Jean Spell of Douglas was recently arrested after she allegedly walked out of Walmart with a pair of unpaid shoes on her feet. Officers also allegedly found a Schedule IV controlled substance in her bag in the ensuing investigation. Although Spell initially denied the theft, she seemed to have inadvertently confessed to the crime while being booked in the Coffee County Jail.

According to a Douglas Police Department incident report, on November 15, around 10:58 a.m., an officer was dispatched to Walmart in reference to a shoplifting in progress. The officer was informed that Spell was wearing a camouflage jacket with a pink backpack and was trying to leave the store.

The officer reported that when he arrived at the scene, he noticed Spell walking through the parking lot without wearing any shoes. When the officer made contact with Spell, she had several items and bags in her hands and told him that she was not trying to steal the shoes. The report states that Spell was told several times to put the items down, but she refused.

According to the officer, he told Spell that she was being detained, and she began to "lock her arms up, refuse to place her arms behind her back, and pull away" from him. He stated that she "actively resisted" him putting handcuffs on her wrists for a short time until he could "force her arms behind her back and restrain her." At that time, Spell was placed in the back of the patrol vehicle, and the items on her were collected.

The Walmart Asset Protection Manager spoke to the officer and reported that Spell had taken a pair of boots from a display inside the store, put them on her feet, and walked out. According to the manager, Spell was told to stop multiple times, but instead, she took them off and continued to walk away. As the officer was speaking to the manager, he noticed that Spell had somehow taken the handcuffs off. He reported that he placed the handcuffs back on her and double-locked them for safety reasons.

The officer searched Spell’s belongings and found a clear bag with three round yellow pills inside with "TEVA 832" stamped on them. According to the officer, the tablets were identified as clonazepam, a Schedule IV controlled substance.

Spell told the officer that she had a prescription for the medication, but she was "unable to show one nor did she have one in any of her property, and the pills were not in the prescription bottle as they should be."

The officer stated that during Spell's arrest, she "repeatedly" claimed that she did not steal the shoes, nor did she take them out of Walmart. As Spell was being booked, a jailer asked Spell what size shoes she wore, and Spell allegedly looked at the arresting officer and said, "I don't know. What size were the shoes I walked out of Walmart with?"

Spell was booked into the Coffee County Jail on one count of possession of a controlled substance, willful obstruction of law enforcement officers, and shoplifting.