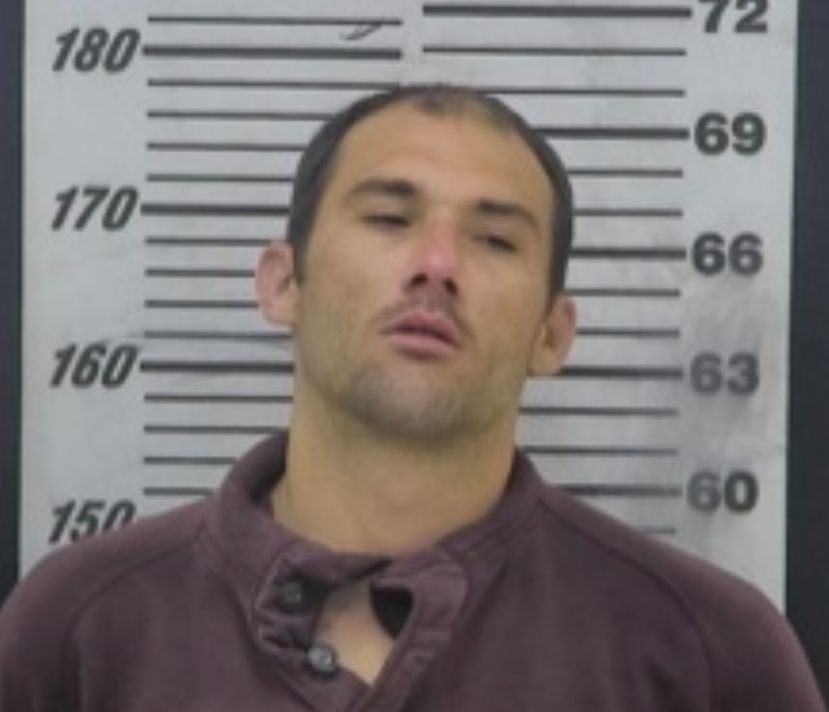 Bobby Allen Ducker, 32, was arrested on multiple charges after a woman called 911 to report that Ducker had forced himself inside a residence with a knife and was making threats to the individuals, telling them he "kills everybody." The residents of the home did not know Ducker. When the deputy arrived, he found Ducker sitting at the kitchen table, eating, with a tire tool in his possession.

According to a Coffee County Sheriff's Office report, on November 16, just before 8:00 p.m., deputies with the CCSO arrived at a home on Highway 32 West. When they entered, a deputy observed Ducker sitting at a kitchen table with a black tire tool in his hand. The deputy and a corporal asked Ducker to step outside. Ducker told law enforcement that he knew who lived at the home 20 years ago and that the current homeowners let him inside the house and gave him food.

The complainant spoke to the deputy and reported that she was not there when Ducker came into the residence but that she had received a call from a woman at the house saying a man had forced his way inside and that he was "going crazy."

According to the report, four of the six individuals inside the home locked themselves in a back bedroom and called the complainant because she spoke English. She reported that Ducker had been inside the residence for an hour and that when she arrived, three adults and an infant were hiding in the bedroom, and two adults were in the living room.

As the complainant was walking in the bedroom, she allegedly heard Ducker state that he "hated Mexicans" and that he "kills everybody."

Ducker spoke to the deputy and told them that he didn't know anyone in the home and that a "Frankie subject" had sent him there. He told the deputies he had been at the home for about 30 minutes and that a man had allowed him inside to look for "a Joseph subject." The report states that Ducker told the deputy that the male told him to come inside and eat. The deputy also noted in his report that he could smell alcohol from Ducker's breath.

A corporal arrived at the scene to translate and spoke to a male inside the home, who reported that Ducker had knocked on the back door. When he opened it to see who it was, Ducker "charged at him with a knife-looking object and forced his way inside." The man stated that when he saw the weapon, he moved out of the way, and Ducker stopped charging. He also reported that he offered Ducker food to calm him down.

Another victim inside the residence told the corporal that Ducker came into the kitchen and attempted to take a phone. A man sitting at the kitchen table when Ducker "forced himself inside" stated that Ducker threatened to kill him and said he "hated Mexicans."

Another person at the house reported that while Ducker was inside, he "started to come at her and tried to grab her."

Ducker was arrested and taken to the Coffee County Jail. He was booked on multiple counts, including home invasion, aggravated assault, terroristic threats and acts, simple assault, and public drunkenness.

According to documents filed in the Superior Court of Coffee County, Ducker was out on bond at the time of the incident. He was arrested in October 2021 for burglary in the 1st degree and received a bond. Ducker had an arraignment hearing for the charge earlier this month and entered a plea of not guilty.