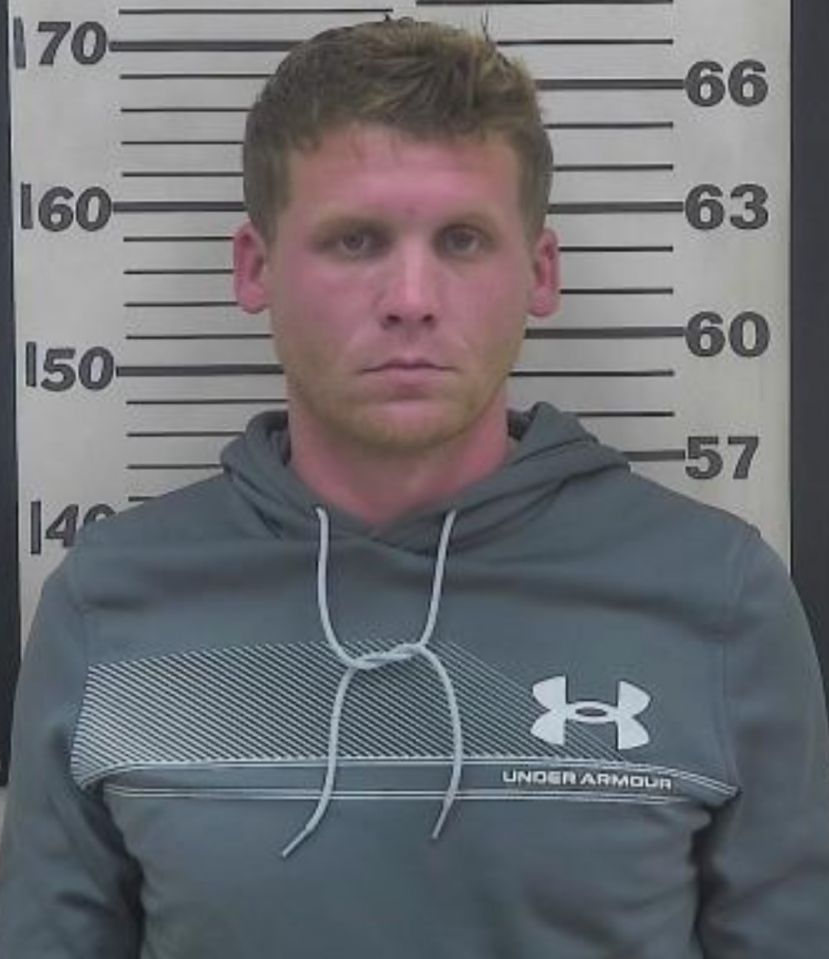 A 28-year-old Axson man, Dekota Bennett, has been charged after allegedly receiving over $700 from a man whose four-wheeler he was working on, but never fixing the ATV or providing evidence of the money being spent on parts for the four-wheeler. He is also accused of stealing a boat from the man's yard.

According to a copy of a Coffee County Sheriff's Office report, on October 27, a deputy responded to the Law Enforcement Center to speak to a man, 60-year-old Byron Gibson of Ambrose, about a possible theft. Gibson reported that he had just gotten back from picking up his four-wheeler from Bennett's home in Axson, where it had been getting worked on for about a month.

Gibson stated that on October 20, Bennett had sent him a text message stating that his four-wheeler was ready to be picked up. He told the deputy he wanted Bennett to bring him the four-wheeler, but he never did, and when he told Bennett he would come to his house to get it, Bennett never responded.

On October 27, Gibson went to Bennett's home with an Atkinson County deputy to get his four-wheeler, and about 45 minutes later, Bennett "finally" came to the door. Gibson located his ATV, which he said was not fixed and looked as if it had never been worked on. He told the deputy it would not crank and smelled like gas, which was leaking from it.

As Gibson was loading up his four-wheeler, he asked Bennett about a boat that was missing from his property, and Bennett told him that he had gone to his house and gotten the boat. According to Gibson, Bennett worked on a semi-truck for him several months ago, and while at the property, Bennett saw the boat and showed interest in it. Gibson reported that Bennett had asked him about "working out a deal" to trade the boat for the cost of labor for working on the four-wheeler. He stated that he told Bennett it was a possibility, but that the four-wheeler had to be fixed and functioning properly before a deal could be made. Gibson said that was the last time any mention of the boat had been brought up, and that Bennett had since said he would rather just get paid money for the work.

Gibson reported that over the month Bennett had his four-wheeler, he had requested money six different times from him for parts that he needed to fix to complete the job. From October 9 to October 17, according to the report, Gibson sent a total of $705 to a PayPal account Bennett had provided to send the money.

One of the parts Bennett claimed to need was a $255.77 fuel injection system that controls the system. However, the report states that Gibson's ATV was not fuel-injected and that the four-wheeler did not have that specific part on it. He also claimed he needed money to change the oil in the four-wheeler and for a new battery.  According to the deputy's report, after Gibson looked at the four-wheeler, the oil drain plug and oil filter housing had not been taken off the motor, and it did not have a battery.

Bennett, according to the report, told Gibson the boat was at a business in Pearson, where Bennett claimed to work. The deputy went to the business, located the boat, and notified Gibson, who contacted a tow truck driver to pick it up.

On November 1, the deputy spoke to Bennett by phone about the four-wheeler and the boat incidents. According to the deputy, Bennett told him that he had gotten the four-wheeler running, but it "kept filling the engine oil up with gas through the carb" and that he had changed the oil twice because of the issue. The deputy stated that he looked at the oil drain plug and that it did not look like it had recently been taken off, and there was dirt around it with no fresh tool marks consistent with a socket being placed on it for removal. Bennett also claimed he ordered a new carburetor for the four-wheeler but never put it on because he got it to work with the old one. The deputy stated that he looked at the carburetor, and it also did not look like it had been taken off. He reported that the drain screw was missing from the bottom and that the engine would not run with the screw missing. He also reported that the fuel line was disconnected from the fuel filter, which was full of water and sand.

When questioned about Gibson's boat, Bennett told the deputy that he had talked to Gibson about getting paid for the labor by trading for the boat. He stated that he went and picked up the boat on October 25 to determine if the boat was "worth enough" to cover the cost of labor. He also claimed to have been on the phone with Gibson the "whole time" that he was at his house, and that he had asked Gibson if he had an air compressor, so he could air up the tire on the boat trailer. According to Gibson, the conversation never took place.

The deputy stated that he asked Bennett how much labor costs he was owed on the four-wheeler, but Bennett could not give an amount. The deputy told Bennett he needed proof of "where the $705 was spent" and phone records of him speaking to Gibson about getting the boat. Bennett responded that he would come to the Coffee County Sheriff's Department with his attorney on November 4 with all the paperwork. However, Bennett never showed up.

A warrant for Bennett's arrest was then issued, and he was taken into custody on charges of theft by deception and theft by taking on November 10. He has been released on bond.

More in this category: « Guilty pleas entered on aggravated assault, other felony charges Bond hearings held in Coffee County, several released due to not being indicted within 90 days »
Login to post comments