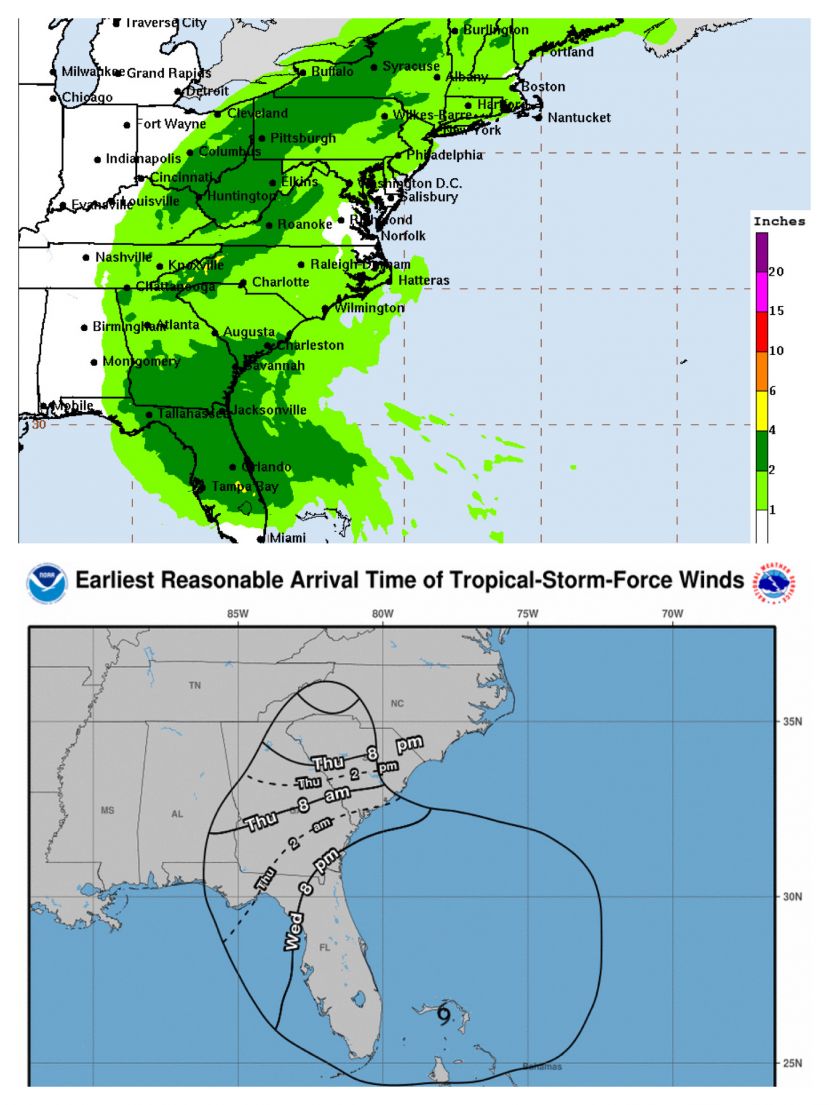 According to the National Weather Service and the National Hurricane Center, Nicole developed into a hurricane while making landfall on Grand Bahama Island just before their 6:00 p.m. update. Nicole is currently east of West Palm Beach, Florida, with sustained winds of 75 mph and moving west at 12 mph. Nicole's is forecast to move across central and northern Florida after making landfall on Florida's east coast, then into south Georgia on Thursday.

The NWS reported that over the next two days, Coffee County may see 2-3 inches of rain and sustained winds of 15 to 30 mph with gusts up to 30 to 40 mph, with the possibility of tornadoes. Conditions are expected to begin improving by midday Friday.

The Coffee County School System has not announced closing schools for Friday.