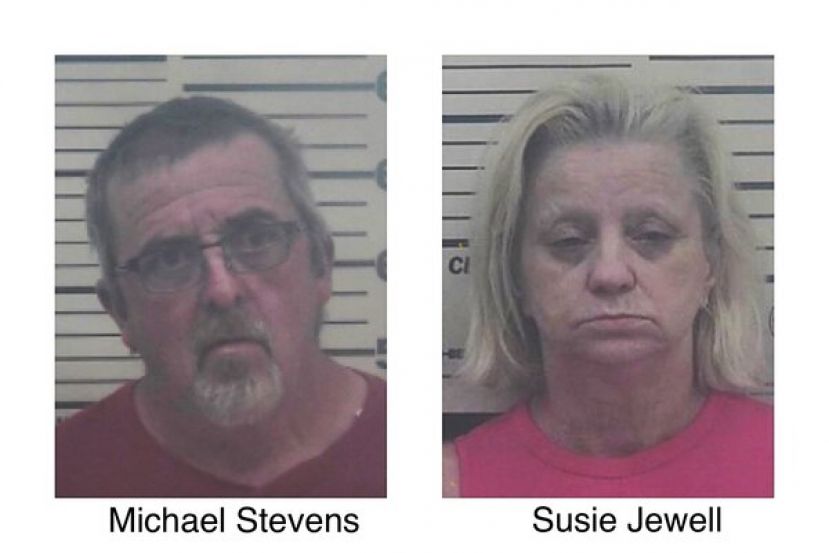 When working in the media, there are times when, unfortunately, we don't find out about arrests when they are made that we feel the community should be aware of. While this rarely occurs, it has happened in the past, and this case happens to be one of those.

The two defendants charged in the case, Michael Stevens and Susie Jewell, were on the calendar for the most recent bond hearings in the Superior Court of Coffee County, and I noticed a charge by their names that we don't see often. DouglasNow has since obtained a copy of the incident report, along with photos of the victim when she was discovered. The photos, which were sent to us by a family member, will not be released out of respect to the victim. However, after viewing the pictures, I felt strongly that this case, even six months after the arrests, needed to be covered.

According to the report, hospice contacted law enforcement on April 20, 2022, after one of their nurses had been trying to get inside the home of one of her patients for an hour. When the officer arrived, the victim’s daughter-in-law reported that the victim, who lived at the residence, was on hospice and "not doing well." She also told the officer that her brother-in-law, Michael Stevens, was living with his mother at the property and was her primary caregiver.

The victim’s daughter-in-law told the officer that she had attempted to contact Michael Stevens, who was not at the home, several times but he would not answer. She added that she and the nurse had been "beating on the doors and windows trying to get someone to open the door" prior to law enforcement arriving.

The officer was able to gain access through the back door and found the victim lethargic in her bed. The hospice nurse reported that the woman had defecated on herself and had been lying in it for some time. She also noted that the victim had bed sores from "not being taken care of by [Michael] Stevens."

DouglasNow also obtained a copy of a report by the nurse, which documented that the victim was "unable to open her eyes, audible gurgling, bleeding areas noted to be on her mouth, oxygen saturations of 71%, in distress and covered in her own stool."

According to the nurse's report, the officer knocked on the door of Michael's bedroom multiple times and eventually gained access when no one answered. She stated that the officer discovered Steven's girlfriend, Susie Jewell, "in bed, requiring to be shaken to awake." When Jewell was asked where Michael was, she stated that she was unsure of his location since he left that morning.

Shortly after, Michael pulled into the yard in his mother's car, which did not have insurance or registration. The officer reported that he walked over to the car, spoke to Michael outside the vehicle, and noticed that his speech was "very slow and slurred." He also said he observed that the suspect's pupils were very small, which he described as "pinpoint."

Due to Michael showing signs of impairment, a state trooper arrived to conduct a DUI investigation. As they were waiting for the trooper to arrive, Michael gave the officer consent to search the vehicle, where the officer reported that he found suspected methamphetamine. When speaking to the officer before Michael's arrest, the victim’s family member told the officer that he was a "drug addict."

In the hospice nurse's report from the previous day, on April 19, she stated that during her daily visit, around 11:00 a.m., Jewell, who the nurse said was also a caregiver, opened the door and stated that she had not checked on the victim that day due to her being sick. The nurse went to check on her patient, and reported that the victim was "soiled in stool from her mid-legs to her back."

The nurse reported that when she made contact with Michael, she asked him when he last changed his mother. Michael allegedly responded, "A little sh** won't hurt anyone."

Michael was taken to the Coffee County Jail and charged with possession of methamphetamine and DUI.

According to the victim’s obituary, the incident occurred on the day of her birthday. The following day, she passed away at her residence due to what an autopsy deemed to be natural causes, a family member told DouglasNow. She turned 77 the day before her death.

On May 5, an investigator issued a warrant for Michael's arrest for exploitation and intimidation of a disabled adult or elderly person (felony). He has remained in the Coffee County Jail since his arrest.

A few days later, Jewell was also booked into jail on the same charge. However, she received a $2,500 property bond earlier this month and was released the following day.

Documents filed in the Superior and State Courts of Coffee County show that Michael has received previous charges, including possession of marijuana, possession of a controlled substance, and most recently, in March 2022, a theft by conversion charge. The case is currently pending in state court.

The only previous charge in Coffee County listed for Jewell was a 2018 DUI arrest.

Michael was denied bond in June and again during the court's recent proceeding but is back on the bond calendar for November 8.

DouglasNow will continue following the case, and report any updates as they are released in court.