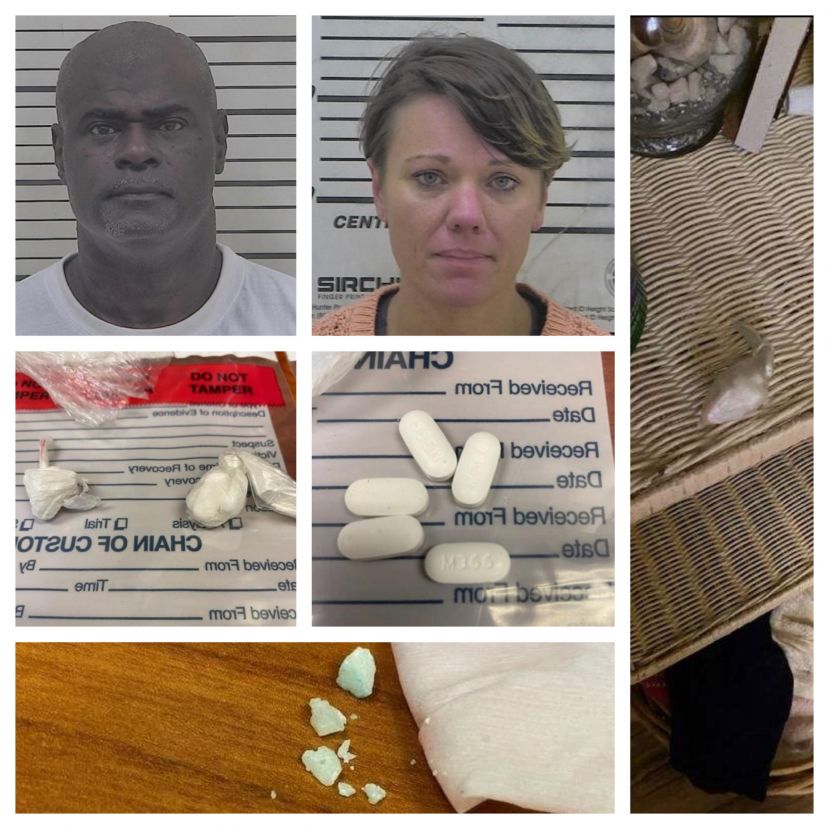 Investigators with the CCDU and K-9 Unit arrived at Robertson and Carter’s Nicholls residence, located at 110 Southern Grapevine Road, to execute a search warrant last Wednesday around 12:30 p.m.

Robertson and Carter were at the property when investigators arrived to conduct the search, which resulted in the discovery of quantities of suspected methamphetamine, cocaine, and hydrocodone.

Both individuals were arrested without incident and transported to the Coffee County Jail.