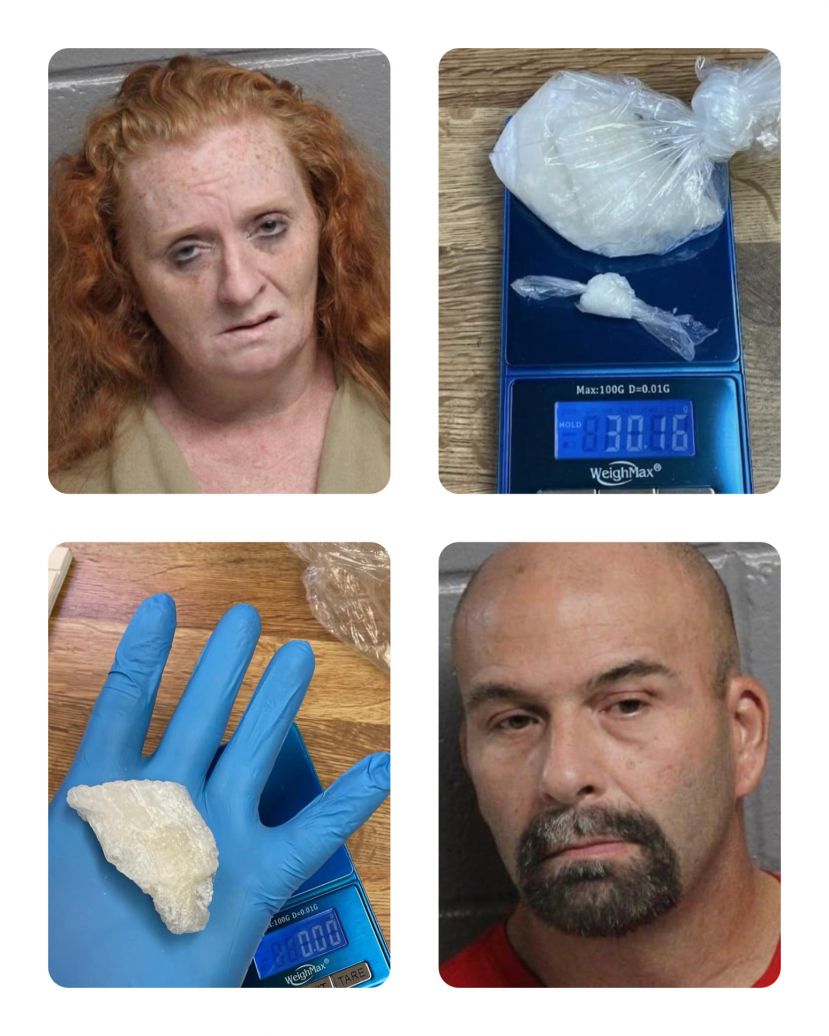 The Bacon County Sheriff’s Office recently announced the arrest of two individuals during a traffic stop, one of whom was allegedly found with a little over an ounce of methamphetamine.

“On October 17, a deputy on routine patrol observed a traffic violation and conducted a traffic stop on a vehicle on US 1 South. The driver identified as Donald Lee Crase, 48, of Alma was determined to have a suspended driver’s license and had active warrants from another county.

More in this category: « Early voting kicks off with high turnout Man charged after allegedly almost running over a deputy »
Login to post comments