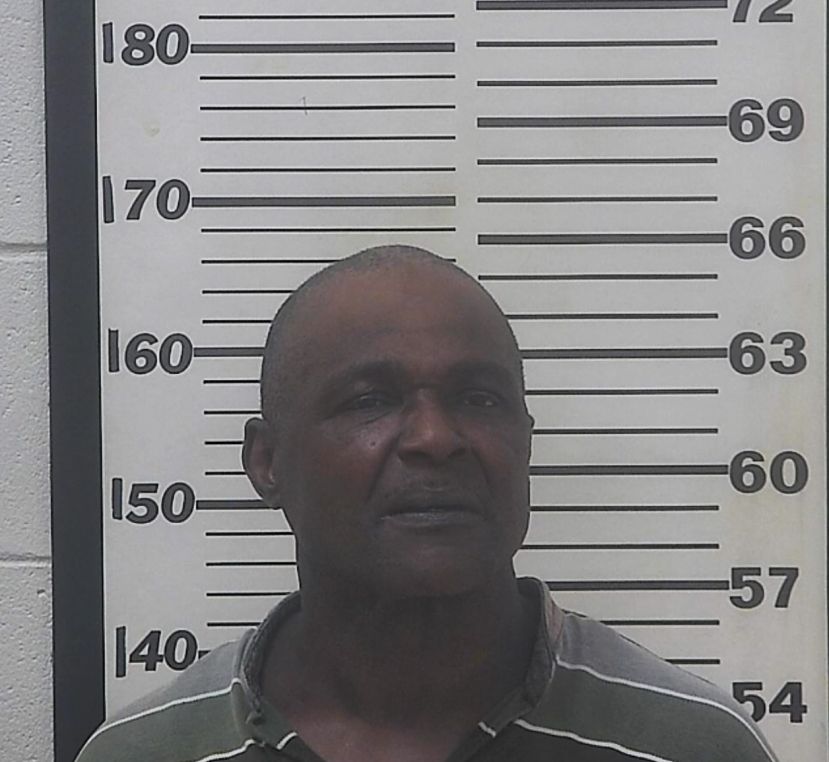 James Gregory Burch is now facing prison time after a Coffee County jury found him guilty of an aggravated assault for pointing a gun at a local police officer's family. Burch originally denied ever seeing or pointing a firearm, but as he was being transported to the Coffee County Jail, he claimed the officer "knew the gun was fake."

According to testimony given at the trial, on April 8, 2020, local police officer Mason Cater and his family, a then 22-year-old woman and an 11-year-old child, were biking down Bryan Street when they heard a man shouting and cursing in his front yard. Cater stated in court that when he looked over, he noticed the man, later identified as Burch, was holding a gun on his right side. Just a few moments later, when Cater and his family came to a stop sign approximately one block away from the scene, the woman and child told Cater that Burch had pointed the gun at them as they passed by.

Cater claimed that although he did not see Burch point the pistol, he "instantly recognized the item in Burch's hand to be a gun." The witnesses stated that Burch was yelling and swearing at them while asserting that Bryan Street was "his street, and they didn't belong there." After learning that Burch had pointed the gun at his family, Cater said he then contacted 911 to report the incident.

When Assistant District Attorney Morgan Kirkland asked Cater if he could identify the handgun's caliber, Cater replied that he could only testify that it was a black pistol.

Nate Roberts, a detective with the Douglas Police Department and a patrol officer at the time, testified that he was dispatched to the area after learning that a person had allegedly pointed a weapon at Cater's family. Roberts stated he arrived at the location about 5 minutes later and witnessed Burch doing yard work. He said that Burch waved at him, and when asked if he had seen anyone with a gun, Burch replied that he had seen two white females and a white male, referring to Cater and his family. Roberts also said Burch claimed that "his cousin had said he had been robbed by them."

Roberts said he called Cater and asked him if he could return to the scene to possibly identify the suspect. Up until this point, Burch was "very friendly," according to Roberts. However, he said Burch "started attempting to walk away and walked behind the house saying he had to pee" after learning that Cater was returning. According to the testimony, Burch was stopped twice by officers when he made an effort to enter the house while claiming to be "going to get his mother."

Roberts said Cater arrived at the scene within a few minutes and positively identified Burch as the suspect.

Burch was placed under arrest and then transported to the Coffee County Jail. At that time, according to the testimony, investigators searched the property, attempting to locate the suspected firearm, but were not successful in recovering the weapon.

Roberts testified that although he had informed Burch of his rights and that he did not have to speak to law enforcement without an attorney, Burch "talked the entire way to the Law Enforcement Center." Despite initially telling Roberts he didn't have a gun in his possession nor see anyone with a gun, Burch then stated, "the officer [Cater] knew that gun was fake." Roberts also said that he never asked Burch any questions and that Burch just "continued to make the comment over and over."

Both victims also stated on the stand that they "feared for their lives" after seeing Burch point the gun.

After the state rested its case, Judge Andy Spivey asked Burch if he would like to testify. Initially, Burch said he "wanted to make his statement" and take the stand to defend himself. However, Burch chose against taking the stand when the judge stated that the state's prosecutors would be allowed to ask about a burglary conviction he received in 2013, which could be used to cast doubt on his credibility to the jury.

Burch's attorney, Bradley Bennett, with the local public defender's office, did not call any other witnesses to the stand. The state and defense rested their cases, with Bennett delivering the first closing statement.

Bennett told the jury the state did not meet its burden in the case, "presenting no evidence to show it [the object in Burch's hand] wasn't a gun." Additionally, he said that it "made no sense" for Burch to "randomly" point a firearm at a little girl riding her bike.

"Does it make sense that he hid a gun so well, in just a few minutes, that no officer in the city of Douglas could find a gun? Does it make sense that a trained P.O.S.T. certified officer [Cater] can't even accurately describe the gun? Listen carefully to the law, and if you do, you will return a verdict that speaks the truth, and that is a not guilty verdict on both counts," Bennett closed.

Kirkland followed, telling the jury that Cater and his family "were just trying to enjoy a nice day together, riding bikes and getting a snow cone" on the day the assault occurred. One of the victims, who was only 11-year-olds old at the time, said she looked over and saw him yelling toward them 'aggressively' and then pointing a gun at her. She was scared and didn't know what he was going to do. The other victim, the child's stepmother, looked over and saw him pointing the gun at her. Why would she lie about that?"

"They didn't find the gun, so we don't know if it was a gun, a fake gun, or something else, but it doesn't matter. The victims thought it was a gun, and what matters is the victim's reasonable fear and perception; that's what makes an aggravated assault," Kirkland continued.

Kirkland closed, "As they were on the way to the jail, the defendant says the officer 'knew the gun wasn't real.' What gun? He initially said he didn't have a gun, so he lied then. Why did he do this? Why would he point a gun at two people, one who was an 11-year-old? I don't know, and we don't have to know. If you've listened to the evidence and the witnesses, that's what he did because that's what they said he did. They feared for their lives and the defendant committed these crimes based on the law, whether the gun was real or not."

After a little more than two hours, the jury found Burch guilty on both counts of aggravated assault.


Wednesday morning, Burch will be sentenced in Coffee County Superior Court. He could receive a punishment of up to 40 years in prison—20 years for each count.

DouglasNow will cover the sentencing and publish details following the hearing.

More in this category: « City prepares for Hurricane Ian Clark pleads guilty to aggravated assault, will serve one year in jail »
Login to post comments