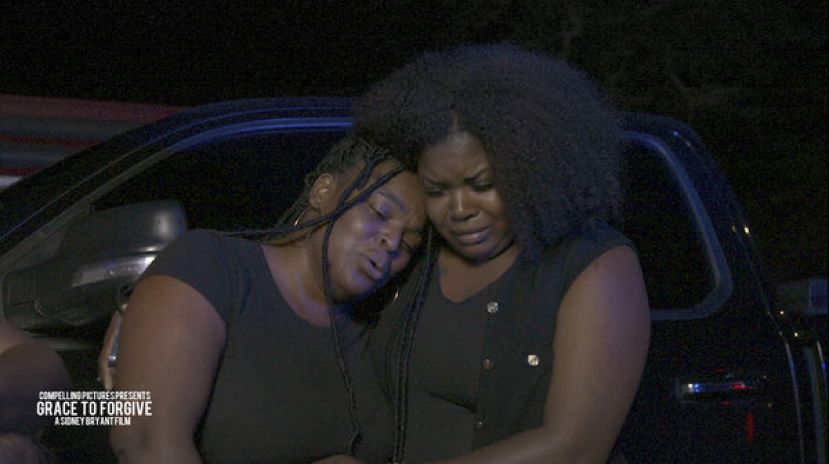 Compelling Pictures, formerly known as Sidney Bryant Films, has been producing short films and feature films since early 2010, and now 10 years later, they are bringing back stars from all their previous bodies of work to produce a powerful film entitled “Grace to Forgive,” a story inspired by several real life events including the Charleston Massacre of 2015.

Bryant and his team set out to shoot the 98-page script in 8 days using only local actors, pastors, law enforcement and local funding. The crew descended on the Coffee County Courthouse on July 11 and within hours it was a full production set. Utilizing local studios, Bryant and his team were able to successfully complete all 98 pages of principal photography within the 8 days.

“Grace to Forgive” is a story that unfolds when faith and fury collide as 21-year-old David Ruthledge (Bryce Carver), a white male raged with hate, is welcomed into an African Methodist Episcopal church with the intentions of killing those assembled by the common declaration of faith, selected for the color of their skin.

After being taken into custody by the FBI, David Ruthledge is interrogated at the local GBI office where he enjoys a meal from a local fast-food restaurant. Joined by two FBI agents, it is now time to detail his account of that summer night he joined the congregation of St. Ella AME Church on the southside of Sappho County, Georgia.

Agent Matthews (Ricky Day) takes the opportunity to learn of David’s level of education and upbringing; he uses this as a basis to further communicate with David, making him feel as if he has done something right. This gets David talking; he wants to tell his story. The depth of David’s ideology of elitism catches agents Matthews and Daniels (Stuart Floyd) by surprise. David has spent months if not years researching time periods where whites ruled minority countries and how powerful that time was. He truly desires to see that day return.

David takes us back to that moment he arrived at St. Ella — that moment he was welcomed with open arms by the deacons and congregation, where he was encouraged to participate in the study. In that moment they extended love to him and he had to make a choice to execute his plan or surrender his life.

David shares with detectives how the biased media pushed him to search the internet for answers, and how he became aware of white Americans becoming minorities because of their lack of awareness. Meanwhile, survivor Celeste Tyson (Kia Paulk) attends her first therapy session; overwhelmed with the loss of her husband JoJo (Ronnie Graham Jr.), Celeste is struggling with regrets and how to move forward in raising her children.

Despite his reasoning and hatred, it’s only when he is face to face with family members of his victims in a small South Georgia courtroom that he and the rest of the world realize that forgiveness is for the victims not the perpetrator. Even for the ones who survived the massacre, it becomes evident that the only path forward is forgiveness. They offer him that forgiveness and compassion to hopefully give him a second chance at life even while jailed in prison for his actions.

The red carpet premiere will be held at the Coffee High School Performing Arts Center located at 159 Trojan Way in Douglas, Georgia. Tickets must be purchased in advance as no tickets will be sold at the door. Tickets are now on sale at Gracetoforgive.com. Tickets are $50. For more information, visit Compelinnerprovince.org or email your questions and concerns to This email address is being protected from spambots. You need JavaScript enabled to view it..