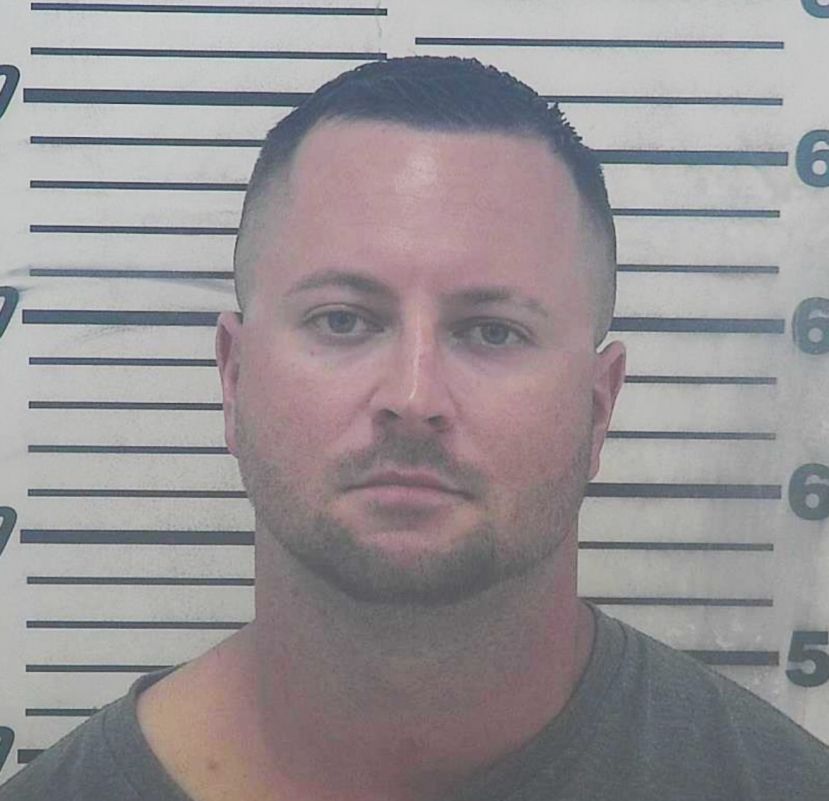 Jared Highsmith is back in the Coffee County Jail after allegedly committing yet another TPO violation against his ex-girlfriend. At the time Highsmith reportedly committed the offense, he was serving weekends in jail for a previous violation of the no-contact order.

According to a copy of a Douglas Police Department incident report, on September 1, an officer responded to a local business on Shirley Avenue about a violation of a TPO. When the officer arrived, he spoke to the caller, who identified herself as the victim's sister.

According to the witness, she rushed to the business, where she was able to review the cameras. The officer reported that the witness told the officer that the footage showed Highsmith driving by the location, with the victim being at work at the time.

The officer then spoke with the victim, who explained that she had a TPO against Highsmith and that he had previously been arrested on an aggravated stalking charge for placing a GPS tracking device on her vehicle. She reported that she was in a relationship with Highsmith for around 5 years, and at one point they resided together prior to the relationship ending. She also told the officer that the judge had possibly made a verbal order during their last court appearance that Highsmith was not allowed to drive down Shirley Avenue during her work hours.

A copy of the TPO was given to the officer by the victim, which showed that Highsmith was prohibited from being within 500 yards of the victim at all times. The officer collected the information and later made contact with the assistant of the judge over the case. The officer stated that he was informed that there was not a signed order that restricted Highsmith from driving on Shirley Avenue, but that Highsmith’s attorney had "made a promise" that he would not drive on that specific road.

The following day, Highsmith was arrested on one count of violation of the family violence order.

This will be the third time Highsmith has been booked into the Coffee County Jail on charges connected to the victim. Before Highsmith's first charge, a TPO was granted by a Superior Court judge on June 8 restricting him from being within 500 yards of the victim, having no indirect or direct contact with her, and not "placing her under surveillance." Exactly a month later, on July 8, Highsmith was arrested on an aggravated stalking charge for allegedly placing two GPS tracking devices under the victim's vehicle. He was given a bond in the Coffee County Magistrate Court the following morning.

However, on August 12, Judge Dewayne Gillis ordered Highsmith to serve 20 days in jail for violating the TPO by allegedly placing the devices on the vehicle, and driving by her residence on two separate occasions. Highsmith began his 20-day sentence on August 12 but was released on August 24 after the judge granted a motion allowing him to serve the remaining 8 days of his sentence on weekends. On the day Highsmith was arrested for his most recent charge, he was expected to return to jail for his weekend sentence, which he was close to completing.

Unlike Highsmith's first arrest, he has not been released from the Coffee County Jail after being denied bond last Friday.