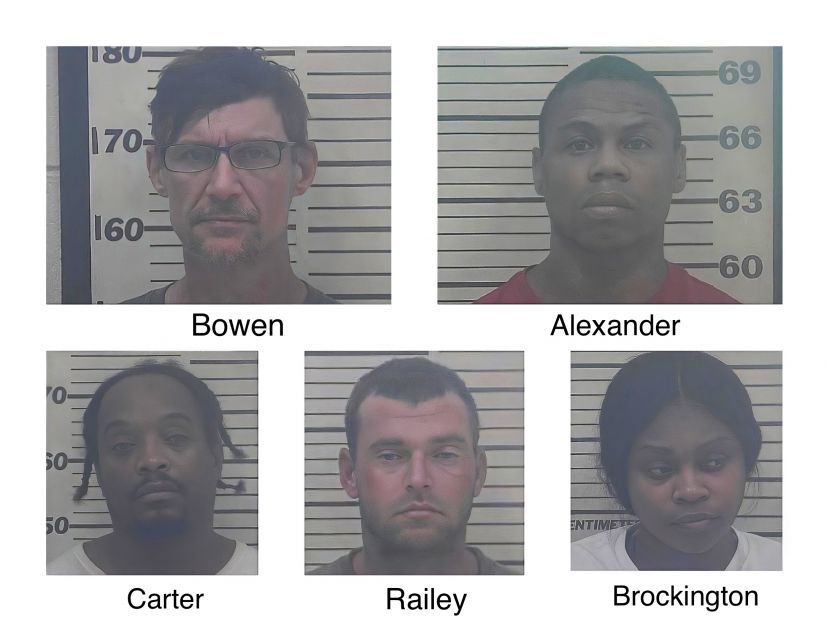 Several individuals who were recently arrested in Coffee County will now face their charges in the Superior Court of Coffee County after they were indicted by a Coffee County Grand Jury this month.

Many of the defendants whose cases were presented before the jury have made local headlines within the last few months, several being charged with aggravated assault including Latisha Brockington, Spencer Carter, James Bowen, and Ronnie Alexander.

Brockington, who is represented by Valdosta-based attorney J.J. Strickland, was indicted on one count of aggravated assault for allegedly assaulting a female, Courtney Sanders, "with a firearm by shooting at her" on May 30, 2022. Superior Court Judge Andy Spivey denied Brockington a bond in her first court appearance shortly after her arrest and during two bond reconsideration hearings. She is being held at the Coffee County Jail.

The case against Carter, who was initially charged with aggravated assault and kidnapping, was presented before the grand jury in August. Carter was indicted on the assault charge for allegedly committing the act against a female with a knife by cutting her left forearm on June 9, 2022. Carter was also denied bond and remains in jail.

Bowen, who has been in jail since May 27, 2022, after being denied a bond in July, was also indicted on one count of aggravated assault for allegedly committing the offense on a female by strangulation. According to the indictment, on May 26, 2022, Bowen grabbed the female's throat and choked her at a residence in Coffee County. He is currently being represented by the local public defender's office.

The last individual to be indicted in August on an assault charge was also handed down one count of false imprisonment for an act that occurred on June 14, 2022. An incident report states that the victim in the case told local officers that Alexander "choked her for about 60 seconds, causing her to gasp for air” and then restricted her from calling 911 for help. Alexander has also been behind bars since his arrest.

Another individual, Joshua Railey, who made local headlines this summer, was indicted on two counts for an alleged theft that occurred on May 31, 2022. According to the indictment, Railey "did unlawfully take" a 2011 Chevrolet 3500 truck and a 2017 trailer, both owned by Deep South Fuel Center. The truck, according to the document, was valued at no less than $25,000, with the trailer estimated to cost around $5,000.

Shortly after Railey was arrested for the alleged theft, he was charged with additional counts including possession of a firearm by a convicted felon, criminal damage to property in the second degree, and arson in the second degree. Documents show that Railey is a listed felon after previously being convicted of a felony burglary charge, which prohibits him from owning a firearm. The warrants for the charges accused Railey of using the firearm to shoot a 1300-gallon fluid tank, owned by Deep South Farm Supply. Railey also reportedly set the Deep South Fuel Center truck on fire, leading to the arson charge. At this time, he has not been indicted on the additional charges, but waived his arraignment and entered a not guilty plea on August 16. He is currently being held in the Coffee County Jail.

As previously reported, Devin Edwards and Candace Harper were also indicted for furnishing prohibited items to inmates and possession of prohibited items by inmates. The charges stem from Edwards and Harper allegedly conducting a drug deal through a video chat while Edwards was incarcerated at the Coffee County Jail in 2019.

Many of the defendants indicted will appear before a Superior Court Judge for their arraignments on September 8.