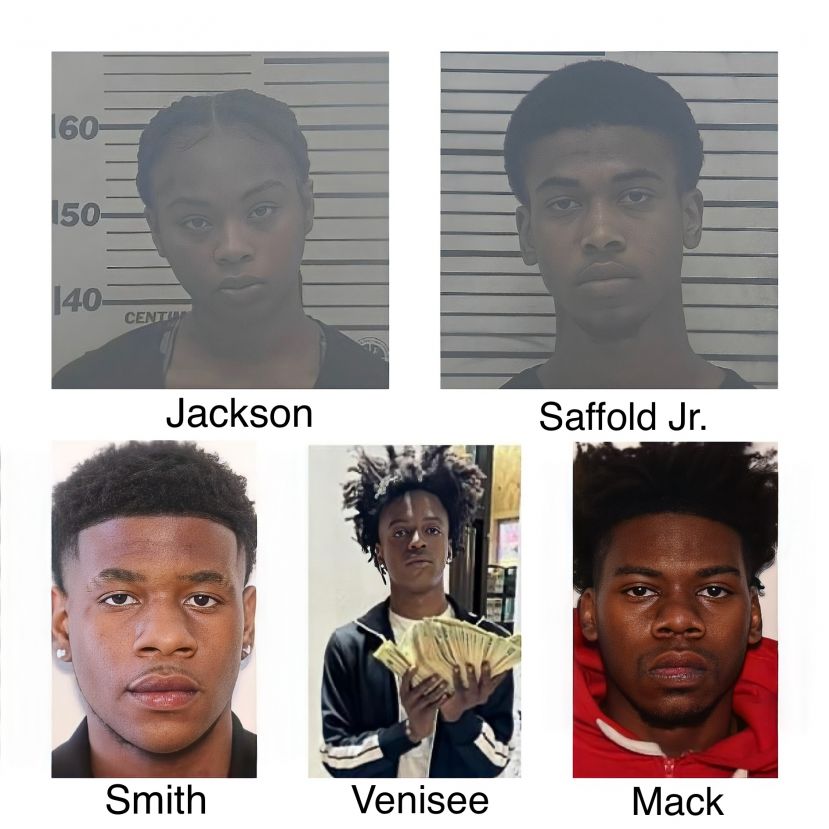 A second suspect, Zykirria Kenyonna Jackson, has been arrested on one count of RICO (Racketeer Influenced and Corrupt Organizations Act), with Douglas Police Department investigators still seeking three other wanted individuals charged in the case.

Last week, the DPD released the names of five individuals charged with “various white-collar crimes,” including RICO, accusing the suspects of being “related to the forgery of numerous checks all over Georgia.”

Jackson, listed as 19 years old, is the second suspect to be apprehended, with Macorian Toran Saffold, Jr., age 22, taken into custody on August 4.

According to a copy of the jail roster, Jackson was booked into the Coffee County Jail at 8:13 p.m. on one count of RICO. Jackson and Saffold, Jr. were charged with one count of RICO and granted a $15,000 bond.

The release states a person may be charged with RICO if they “participate in an interrelated pattern of criminal activity motivated by or resulting in monetary gain or economic or physical threat or injury.”

The law states that RICO is a crime that has a federal statute and Georgia state statute, with the Georgia statute defining racketeering “more broadly” than the federal charge. Georgia’s RICO law also “does not always require the existence of an enterprise to constitute racketeering.”

The DPD is currently still seeking three other individuals charged in connection to the investigation, including Zacheyus Venisee, Ricky James Smith, and Chance Kyrell Mack.

DPD officials said the investigation is still underway, with other charges expected in other jurisdictions and states.

Local officials ask if other agencies or victims have had similar criminal acts, they are urged to contact Investigator Raulerson at This email address is being protected from spambots. You need JavaScript enabled to view it. or contact the Douglas Police Department at (912) 384-2222.