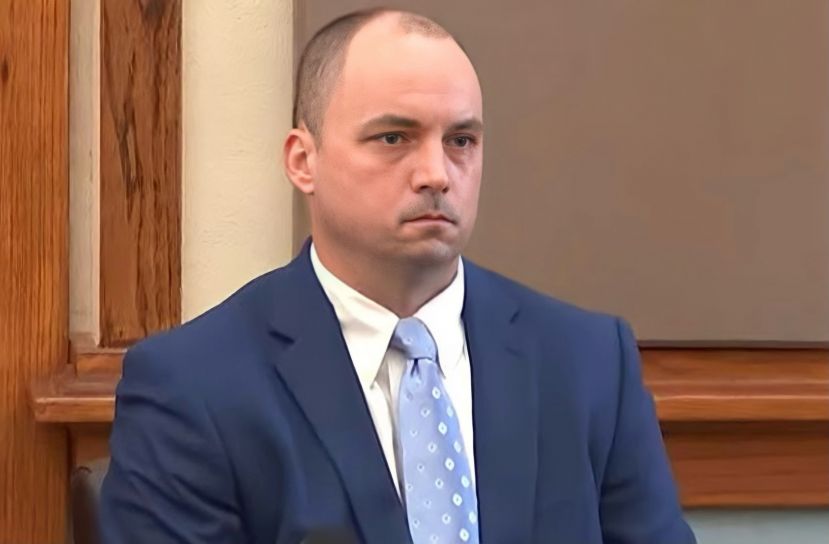 Ryan Duke, the man who was acquitted for the murder of Tara Grinstead in May but currently serving time for concealing her death, will appear in his first hearing this month on his newest charges in Ben Hill County. Douglas Now recently spoke to Duke's defense counsel Ashleigh Merchant, who stated they were prepared to challenge the indictment, one they claim is time-barred due to the four-year statute of limitations.

Less than two weeks after Duke was acquitted of Grinstead's murder in a two-week trial in Irwin County, prosecutors announced a new indictment, with Duke now facing six additional charges. According to a copy of the indictment, a Ben Hill County Grand Jury indicted Duke with one count of concealing the death of another, hindering apprehension or punishment of a criminal, two counts of concealment of facts, and two counts of tampering with evidence. The charges stem from Ryan's confession during his trial in Irwin County, where he admitted to concealing Grinstead's body and allowing Bo Dukes, the man he testified was responsible for Grinstead's death after the crime.

The indictment also alleged that the crime was unknown until February 19, 2017, which is something Merchant told Douglas Now was incorrect. Since the indictment, Duke's team has filed a plea in bar, which will be heard later this month, and requested an evidentiary hearing on the new charges.

During Ryan's trial earlier this year, a GBI agent testified that a report had been made in 2005, along with numerous other reports mentioning both Ryan and Bo, but that they were "overlooked" due to the "overwhelming response" they were receiving at the time. The motion, filed in Ben Hill County, argued that the indictment was time-barred due to agencies all being "aware of these repeated and earlier reports beginning in 2005, but utterly failed to act upon them in any way."

The motion mentions specific dates prior to Ryan's arrest in 2017 when GBI agents and local law enforcement were reportedly given information regarding Ryan and Bo's alleged involvement in the case. According to Merchant, reports were made in 2007, 2008, 2016, and 2017.

While Ryan was on the stand during his trial in May, State Attorney J.D. Hart asked him if he "knew he could not be charged in Ben Hill," and he responded that he was unaware if he could be tried in another county in connection to the case. According to Merchant, both Hart and District Attorney Brad Rigby acknowledged that the statute of limitations in Ben Hill had run before the new charges were handed down.

Merchant argued, "This is because the State has willfully and maliciously decided to ignore all these facts to secure an indictment of Ryan Duke in Ben Hill only two weeks after he was found not guilty of murdering, assaulting, or burglarizing Ms. Grinstead. The State ignored these inconvenient facts in its indictment because they demonstrate - unequivocally - the latest charges against Ryan Duke here are time-barred under the applicable four-year statute of limitation."

The motion also said the charges presented a "classic case of the harm that can come from unchecked prosecutorial discretion."

Several exhibits were also included in the motion, including reports and investigative summaries with individuals naming both Ryan and Bo at times as possible suspects in the case.

On June 30, a second motion was filed seeking the disqualification of Hart and Rigby from presiding over any prosecution in the case. The motion accused both Rigby and Hart of "violating their statutory and ethical duties in bringing the charges in Ben Hill County knowing they are time-barred" and claimed they were "necessary witnesses" to Ryan's plea in bar.

The motion states that on June 8, Ryan filed a Plea in Bar seeking dismissal of the indictment "in its entirety" due to the statute of limitations and said their team was "still investigating the conduct of the district attorneys given that the state represented in the indictment that the crime was unknown until February 19, 2017."

"It is clear that after Mr. Duke was acquitted of murder in Irwin County, the state sought and obtained an indictment against him by intentionally misrepresenting key facts to a Ben Hill County grand jury regarding the State's knowledge of Mr. Duke and his role in the concealment. The District Attorneys did this despite representing to a different jury just days earlier that the charges were time-barred," the motion says.

The motion stated that Rigby and Hart are "necessary witnesses at the hearing." If the charges move forward, Ryan's team states they intend to call both district attorneys to the stand to question them about their "representations to the jurors in Irwin County."

During the trial, Ryan testified, telling the jury that although he did not play a part in Grinstead's murder, he did help Bo Dukes conceal her death. According to Ryan, Bo came to his home on Sunday, October 23, admitted to killing Grinstead and asked him to help hide her body. He told the jury that he rode with Bo to the pecan orchard Grinstead was said to have been killed, saw Grinstead deceased, and helped Bo move her body from his truck to the ground. He then told the jury he watched Bo light Grinstead's body on fire while he sat in Bo's truck and cried. He told the jury it was "an out-of-body experience." When prosecutors asked Ryan why he didn't contact law enforcement instead of assisting Bo in the crime, he stated that he was afraid of Bo and what he was capable of.

While Ryan was on the stand during cross-examination, Hart asked Ryan if he knew he could not be charged in Ben Hill County due to the statute of limitations. Ryan responded, testifying that he was "unaware, and just wanted to tell the truth." While the jury was deliberating, the members sent a note to the judge, asking why the indictment accused Ryan of concealing the death in Irwin County when her body was buried and hidden in Ben Hill County.

Douglas Now spoke to Merchant after the motion was filed regarding Ryan's newest charges and her thoughts on his trial in May.

Merchant told Douglas Now that she has since spoken with jury members and "knows" the concealment of death guilty verdict was "strictly based on the fact that Hart said Ryan could not be charged in Ben Hill County for the crime." With Ryan admitting to concealing Grinstead's death,

Merchant said the jury wanted to "hold him accountable" for the crime."

When asked if Hart's statement claiming Ryan could not be charged in Ben Hill impacted the guilty verdict, Merchant said the comment "definitely played into it."

DouglasNow asked Merchant if she felt that Ryan would have been acquitted on all charges had the jury been informed that he could potentially be charged in Ben Hill County. "Oh, absolutely.  They even said if they had not gone home that Thursday, he would have been acquitted on everything, but there were one or two holdouts on Thursday, so they decided to come back the next day. They all just kind of thought, 'Well, he did admit to this, even if it was in Ben Hill and not Irwin,' and said they thought if they got it wrong since the indictment was worded differently than Ryan's statement during his testimony, the judge would have fixed it."

As for Ryan's newest charges, Merchant said Ryan was "only indicted because the prosecutors did not tell the grand jury the whole truth."

"There is no way they told the grand jury all the facts, or they would not have gotten an indictment," Merchant said.

Due to the COVID-19 pandemic, a judicial emergency was previously ordered, tolling the statute of limitations between March 14, 2020, and June 30, 2021. However, even with the COVID-19 order being considered, Merchant remains confident that the statute of limitations is time-barred. "That's precisely what they're trying to allege, the judicial emergency, but they're also trying to just ignore and kind of stick their heads in the sand with all the other reports. They're trying to pretend like it just didn't happen, despite it being in their own file."

When DouglasNow asked Merchant why she felt Ryan and Bo's alleged involvement was "overlooked" before they were arrested, she said she understood law enforcement was "overwhelmed" but still has unanswered questions on the matter. "I just find it hard to believe that they researched a guy in Panama, you know, researching a guy in a foreign country, but they didn't follow up on the locals who were mentioned. It doesn't make sense, so based on that, it makes you wonder. I definitely think most people who made any reports thought those leads were being followed up on, but the fact that it wasn't, it's just suspect, and for that reason, I just don't know the answer."

Ryan was eligible for parole when he began his prison sentence, ten years with time served being credited, for concealing Grinstead's death. However, he was denied parole on June 13. Members of the Parole Board expressed that an early release for Ryan "would not be compatible with the welfare of society." The Georgia Department of Corrections officials has Ryan's maximum release date as February 2027.

"I think this [the newest charges] may have been some motivation from him getting parole. I think they wanted to have somewhat of a detainer on him so he couldn't get out," Merchant said.

On July 5, a hearing on Ryan's newest charges was held in Ben Hill County, with his counsel waiving his arraignment.

"We were not expecting any of this. We were all focused on parole, so it was definitely a big shock, but we're ready to challenge this," Merchant stated.

On August 30, Ryan will appear in court in Ben Hill County for his Plea in Bar at 9:00 a.m. DouglasNow will cover the proceeding and report the details that week.

Currently, Ryan is being held at the Georgia Diagnostic and Classification State Prison in Jackson, GA.

More in this category: « GBI makes another arrest in shooting of death of Savion McRae 61-year-old charged with two counts of child molestation »
Login to post comments