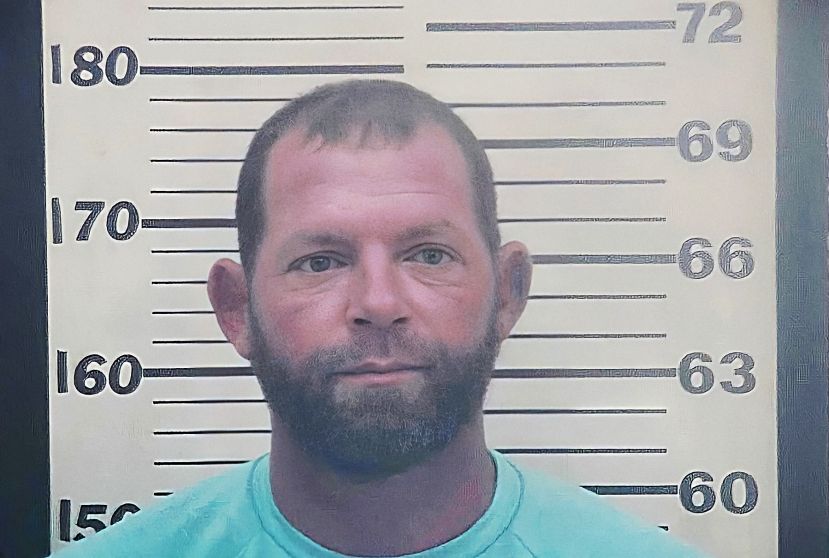 Officers from the Coffee County Sheriff's Office recently arrested a man who allegedly burned a pile of his girlfriend's clothes in a fire near her front porch. The suspect, 42-year-old Steven Eugene Sellers of Douglas, is also accused of stealing two of her TVs on the same day.

According to a copy of the Coffee County Sheriff's Office incident report, a deputy was dispatched to a residence on Pine Thicket Road on June 7 after being notified of a man outside burning clothes. Upon arrival, the deputy spoke with 42-year-old Christy Barton, who said she had been across the street swimming all day and that her daughter and her boyfriend were "fussing." She told the deputy she was speaking to both of them about the dispute, and while talking to her daughter, Sellers "kept calling her."

Barton said Sellers "must have gotten mad at her for not answering her phone when he called her." When she pulled up to her residence, she said she noticed the right side of her front porch was on fire.

After getting a closer look, Barton said she noticed her clothes were on the ground next to the porch and had been lit on fire. Barton said Sellers, who was at the residence, began walking to her vehicle, and she backed out of the yard to leave the property. She then went to Roger

Goddard's home to see if he was there and contacted 911.

The deputy spoke with Goddard, who reported pulling into Barton's yard and seeing Sellers walking out of the home with a "hand full of clothes." He said he witnessed Sellers put the clothes on top of a fire in the yard near the front porch and then leave in a black Dodge pickup truck. He said he rushed to Barton's home, grabbed the water hose, and began putting out the fire. The report says that Goddard also reported seeing the home's siding had been burnt from the flames.

When the deputy was on the scene, Sellers was not on the property, and a BOLO was released to locate Seller's vehicle.

Fifteen days later, on June 22, CCSO deputies located Sellers and took him into custody on charges related to the incident.

A copy of an order filed by the magistrate court said Sellers was out on bond when he allegedly committed the crimes. The document said Sellers was charged with cruelty to children in the 1st degree on December 16, 2021. Magistrate Judge Kema Fussell denied Sellers’s bond and he is currently being held at the Coffee County Jail.