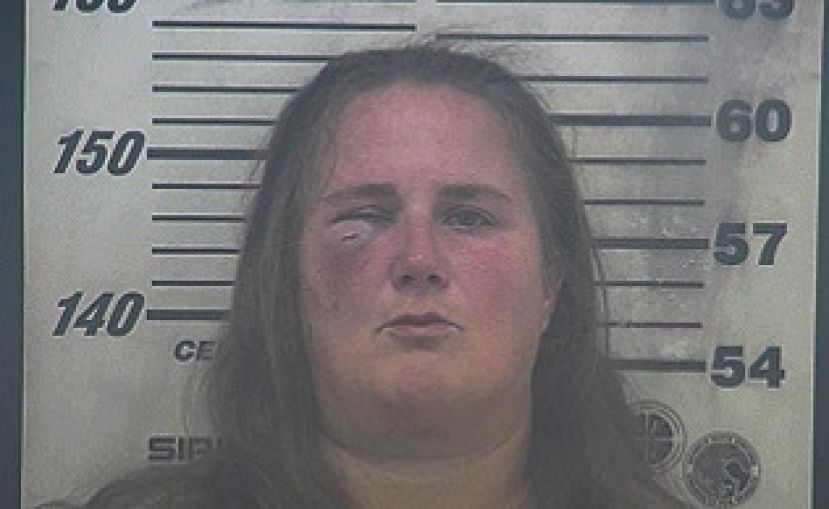 A physical altercation between two female coworkers at Diamond Cargo led to the arrest of 35-year-old Jessica Thomilson after she allegedly stabbed her coworker, 39-year-old Kristan "Peaches" High, in the leg with a razor knife.

According to the report, the dispute began when Thomilson accused High of not clocking out for a dentist appointment.

A copy of a Coffee County Sheriff's Office report stated that on June 13, around 1:46 p.m., a deputy was dispatched to Diamond Cargo, located on Harvey Vickers Road, in reference to one of their employees being stabbed. When the deputy arrived, he first spoke with the victim, High, who said she left work around 6:00 a.m. for a dentist appointment and clocked out before she left. Sometime after she returned, she said Thomilson had told staff that she had remained on the clock while she was gone.

What is said to have started out as a verbal dispute then allegedly turned violent when Thomilson "came into the office and stabbed her in the right leg with a razor knife." High told the deputy after she was cut they entered into a physical altercation because she was trying to defend herself.

The deputy spoke to several witnesses at Diamond Cargo, with three of the four individuals accusing Thomilson of being the one to initiate the physical altercation. The first witness reported that she saw Thomilson enter the office and then "went towards High in an aggressive manner." She stated High then hit Thomilson, which knocked her to the ground, and heard High say, "She cut me," with another witness yelling, "She [Thomilson] has a knife."

The second and third witnesses gave similar statements, both accusing Thomilson of being the one who started the physical fight. One witness stated that when Thomilson and High were fighting, she was able to get the knife away from Thomilson.

Another employee told the deputy she saw Thomilson stab High in the leg, corroborating High's claim that she was acting in self-defense when she pushed Thomilson. The witness also told the deputy that while the two were fighting, she attempted to break it up and was "nicked" by the blade but did not want to press charges.

The last employee interviewed told the deputy he did not see the assault but had been told by Thomilson that High had struck her in the back of the head.

Thomilson placed blame on High, accusing her of hitting her on the back of the head before the knife was used. According to Thomilson, she warned High, "if she hit her again, she was going to cut her." She said that moments later, High "came at her," and she used the knife in self-defense. She also said after she cut High, they began fighting, and she received a "busted eye," which the deputy reported having observed.

The deputy also reported discovering blood in the office where the incident occurred and saw that High's leg had been bandaged to prevent further bleeding.  Thomilson was arrested on one count of aggravated assault and taken to the Coffee County Jail. In Georgia, the charge carries a maximum sentence of 20 years in prison.

According to the deputy, High was not charged "due to a lack of probable cause for the events explained that led up to the stabbing."

The morning after her arrest, Thomilson was released on bond during a hearing in the Magistrate Court.