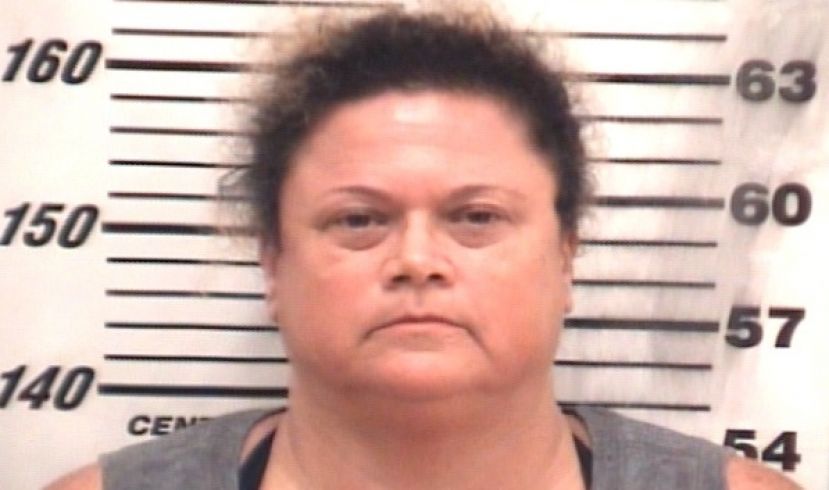 Cindy Youngblood, a Coffee County woman who pleaded guilty to attempting to have her husband killed in 2016, recently filed a motion asking the judge to reduce her 15-year sentence based upon a "procedural change in the law." On Thursday morning, Judge Andy Spivey denied Youngblood's motion, stating the argument did not apply to her case, ordering her to complete the remaining nine years of her sentence in prison.

Youngblood, age 55, was arrested in August 2016 after she and Reggie Lockhart conspired to kill her husband, a former Coffee County deputy, Anthony Youngblood.

On the night the plan was to be carried out, August 11, 2016, Anthony told investigators that he had received a call from his wife asking him to go outside and look for something she thought had fallen out of her vehicle. Lockhart was hiding in a utility building on the Youngblood's property in Ambrose, and when Anthony walked outside, Lockhart shot at him. Anthony then ran to a nearby home, who called 911 and told them her neighbor had been shot.

During an interrogation with investigators, both Youngblood and Lockhart admitted to the attempt on Anthony's life, with Youngblood saying the motive stemmed from "years of abuse." CCSO deputies, at the time, said Youngblood had never filed a report or complaint accusing Anthony of abuse.

Since August 25, 2017, Cindy has been incarcerated and recently filed a motion asking that her sentence be reduced/modified. The motion reads, "O.C.G.A. 17-10-6.1 holds that in the court's discretion, the judge may depart from the mandating minimum sentence specified in the code section for a person convicted of a serious violent felony when the prosecuting attorney and the defendant have agreed to a sentence that is below such. Petitioner did not have this opportunity, and under the newly created sentencing, Petitioner's right to Due Process under the 5th and 14th Amendments to the Constitution has been violated.

"Provisions established by section 8, House 249, the court now has the discretion under O.C.G.A. 17-10-6-1 to depart from the mandating minimum sentencing, and this court's failure to resentence petitioner a lesser sentence would be an abuse of discretion and would violate petitioner's right to Due Process under the 5th and 14th Amendment."

On Thursday morning, Judge Andy Spivey denied the motion, telling Youngblood she was "not sentenced pursuant to a statutory minimum, her sentence was not legally void, and her motion to modify her sentence is untimely."

Lockhart has not filed a motion in the Superior Court of Coffee County since he was sentenced in 2017. In 2009, before his most recent charge, Lockhart was convicted in Gwinnett County for carrying a weapon on school property and spent less than three years in jail. In 2012, according to online documents, he was convicted of statutory rape and spent two years of his six-year sentence in prison in Gwinnett County. On the day he was arrested for Anthony's attempted murder, he had been released from jail a little over two years. He is currently serving his sentence in Dooly State Prison, with his 12-year sentence ending in August 2028.

Youngblood is currently carrying out her 15-year sentence in the Pulaski State Prison and, following the judge's ruling, will remain there until her sentence is complete in August 2031.

The victim of the attempted murder, Anthony Youngblood, passed away in January 2019 at the age of 54 from an extended illness.