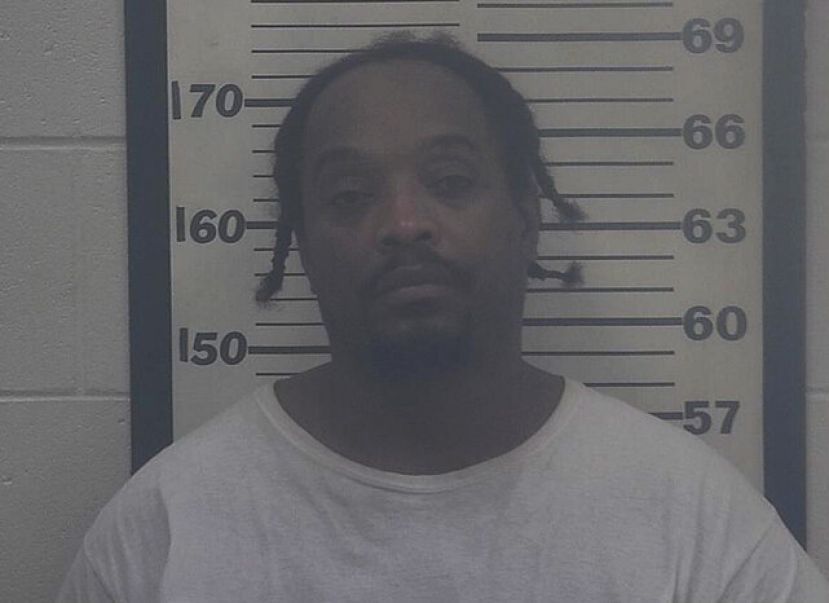 A 47-year-old man was denied bond on two serious charges after allegedly forcing a woman to take him to an ATM to withdraw money and then cutting her arm with a knife.

According to a copy of a Douglas Police Department incident report, around 12:38 a.m. on June 10, a DPD officer was on patrol in the area of Ward Street and Peterson Avenue when he witnessed a vehicle traveling the wrong way. The car then stopped at the intersection of Ward Street and Peterson, with both the driver and passenger getting out of the car. The driver of the vehicle went up to the officer and told him she was "glad to see him." The officer reported noticing "what looked like blood coming from her left forearm above the wrist and below the elbow." He also stated he saw "blood dripping," and the woman told him the passenger of the vehicle, 47-year-old Spencer Antonio Carter, had cut her.

Carter and the victim then began yelling at each other in front of the officer, with Carter "continuing toward" her, according to the report. The officer stated he tried to keep them separate while he waited on an additional unit for backup to arrive.

The female told the officer that Carter "made her go to the ATM to get money" and that, at first, she had agreed but then changed her mind. She told the officer she attempted to call 911 "about an hour or hour and a half" before, but that Carter had taken the phone and the call did not go through. The woman also said Carter threatened her by telling her he would "beat her ass.”

Carter, however, had a different story, reporting that the woman hit him in the head with a vase but that he did not want to press charges. The officer looked for a wound where Carter alleged he had been hit but said he saw no signs of injury.

After the woman told the officer what the knife looked like, the officer stated he located one in the intersection, similar to her description.

The report states the officer discovered blood on the driver's side of the vehicle, where the woman was sitting, and some blood near the center console. He also said Carter did not have blood on him or his clothing, except for a "small spot near the center of the white shirt he was wearing."

When the officer asked Carter how the female received the injury on her arm, he told him it was "self-inflicted, and she did that with the vase." The officer also reported, "While the female and Carter were arguing about the vase and hitting, I heard the female say what sounded to me as 'after you cut me' when Carter mentioned her hitting him with a vase."

The woman told the officer that Carter had her cell phone in his pocket, and when he was asked to see the phone, he stated he saw a call to the non-emergency number for the Coffee County 911 center on the victim's call log. The report said the officer then called the 911 center, and an operator confirmed they had received a call from that number at 11:46 p.m., but the call had been disconnected before making contact with someone.

After Carter was placed in a patrol car to be transferred to the Coffee County Law Enforcement Center, the female told the officer she was "intentionally driving the wrong way to find police." The officer also reported that Carter and the victim told him they were married and both "had an odor of alcoholic beverage on their breath and body." According to the report, the victim told the officer she had consumed three beverages and that Carter had also "drank some 40s."

After speaking with the victim further, Carter was arrested on one count of aggravated assault, one count of kidnapping, and one count of obstructing or hindering persons making an emergency telephone call. He was denied bond and remains in the Coffee County Jail.

The officer stated the victim told him Carter had "been in jail for battery on her."

DouglasNow has learned that on March 9, 2022, Carter was arrested on one count of Battery (Family Violence) between the dates of March 8, 2022, and March 9, 2022, when he "willingly and knowingly and intentionally caused substantial visible bodily harm to a female by biting and punching her, which resulted in visible bruising and knots."

An arraignment for the battery charge is scheduled for June 27.

At the time of publication, a hearing for Carter's most recent felony charges had not been set.